It is no mystery that SITM headquarters are in Portland, Oregon. We know we talk about it a lot. You would too, if you lived here (and maybe you do!). Portland shines for a number of reasons, but when it comes to our united creative force, I would argue that we outshine most cities on the grid.

Over the years, we have employed about a dozen designers from our very own City of Roses. Whether it’s pirates or robots, veggies or manatees, the styles are fresh and funky, and some even capture Portlandia culture (like the bikes!). We’re so proud that we thought we would turn the spotlight on these fabulous few for making our style here at SITM really blossom. Make sure to check out all of our Portland-made styles here. 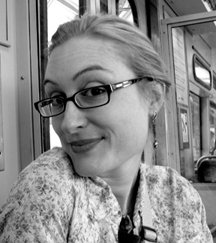 Anna Magruder is an artist and illustrator in Portland, Oregon. In 2009, Anna took a leap of faith and left the routine and security of her graphic design business to focus on what’s become her passion—oil painting and illustration. Her paintings often focus on people and animals and whatever lies between. When it comes to sock design, Anna likes the geeky-chic look that says, “Smart is sexy!” (which is true!), exemplified in her three SITM designs: Space, Octosock, and Mad Science. 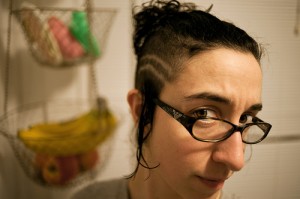 Brenna Zedan now works as a sock enthusiast at the Portland-based Sock Dreams, but we like to think she whet her sock whistle back in 2006, when she began working with SITM in everything from design to warehouse work to product photography. She has had her hand in more designs than she can remember. Some, like the Dainty Dots and the Monkeys, were Carrie’s ideas that she worked into a format that the manufacturer could use. Other designs include the cool color combos in the Summer stripe and Mermaid stripe, and best sellers like the Ninjas, Whales, Pirates, Ice Cream Cones, Bears with Teeth, and Unicorns (her personal favourtie).