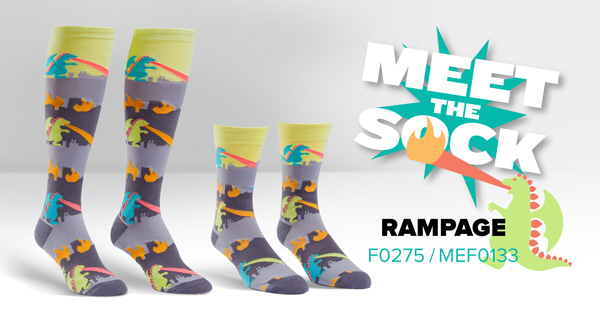 Rampage thinks you and he would make a smashing pair! Find out how in this interview.

Rampage: T-Rex. He looks like he could do some damage.

Rampage: Godzilla! As long as that wouldn’t make it harder for him to climb buildings. And smash them.

Turn your destructive streak into a fashion streak in Rampage (available in both women’s knee high and men’s crew).