Human Of The Month: Sophia Casini 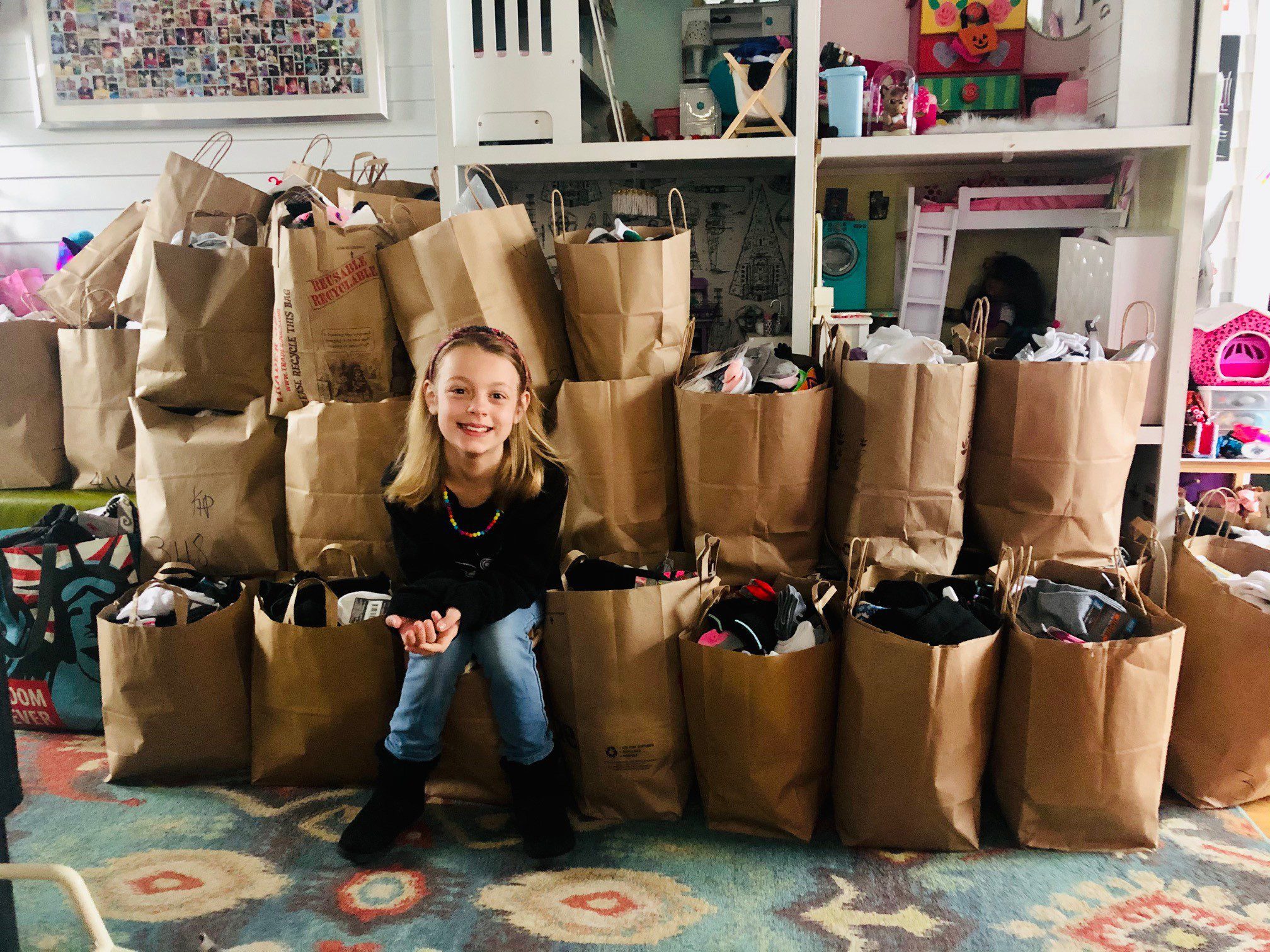 Human Of The Month: Sophia Casini

Sophia Casini began her annual sock drive when she was only 4 years old after being inspired by the sock drive hosted by her school in Milton, Massachusetts. Now, this 6th grader is continuing her sock drive, having donated 13,565 pairs of socks since 2015!

“When I was 4 ½ years old, the school I went to was collecting various items around Thanksgiving for people in need,” Sophia explains. “I asked my mom why they were collecting socks for homeless people, and I was sad to learn that some people might not have warm feet during the coldest months in Boston. I said I should start my own sock drive to get more socks for everyone that needs them! My first year I set out to raise 100 pairs of socks to donate to St. Francis shelter in Boston. I raised 282 pairs that year and I was beyond thrilled to drop them off at the shelter! I knew I had to do this forever!”

Every year since then Sophia has made it her mission to collect new socks to donate to St. Francis House in Boston, with her eventual goal being over one hundred thousand socks donated. Her efforts have gotten her invited to say the Pledge of Allegiance at Governor Charlie Baker’s inauguration and she’s even been given the nod by Friendly’s family restaurant and ice cream shop for their “Acts of Friendly’s-ness” initiative.

Sophia didn’t put her pursuit on pause during the pandemic either, having collected hundreds of pairs of socks in the past two years. And 2022 is no different, with Sophia using her Instagram and local drop boxes to drum up support. She has enlisted the help of her family and friends in her hometown of Milton, but she’s also placed donation “Sox Boxes” everywhere, including her dance studio in Boston, her grandparents’ house, Cunningham Elementary School, and other businesses across Massachusetts.

“I start in October (I kick off “Socktober”) and I deliver the socks about a week before Christmas,” Sophia says. “It’s especially cold during the holidays and it’s a wonderful time to remember that is what the holidays are about: giving back and spreading joy.”

For those of you who are in the Milton area, there are Sophia’s sock boxes located at 3 Phyllis Lane, Pierce Middle School, and 178 Lyman Road, and they’re taking donations through December 16th.

If you’re not a Massachusetts native, no need to worry. Sock It To Me is supporting Sophia for the second year in a row.

Last year Sock It To Me Socks donated a full carton shipment – totaling roughly 150 pairs of socks – and helped Sophia to reach her total of 3,926 pairs given to the homeless. This year we’re committed to doubling our contribution to Sophia and sending two full cartons, totaling 300 pairs!

And we’re hoping to help add momentum to the magic by reaching out to YOU, our customers, and asking you to donate, too.

“If you are thinking about helping in your community, just do it! Do not be scared!” Sophia says. “There are so many people in need, and it is such a good feeling to know you can make a difference.”

You can check out Sophia’s sock drive through her Instagram (handle is @sophias.socks)

We hope that Sophia and her family (and their dog Leia) have a fantastic holiday season and an incredibly successful sock drive!