Fun, funky socks aren’t just for your leisure time anymore — recently they’ve been spied peeking out from under the pants of many businessmen!  In a world where employees are either confined to a strict company mandated dress code or an unspoken industry uniform, more and more men are looking for ways to spice up their wardrobe and show off a little of their personality.

This rebellious trend has even swept through Silicon Valley – snatching up some very important techies including Hunter Walk from YouTube, Dick Costolo and Matt Graves from Twitter, Jim Breyer from Facebook, and Om Malik from GigaOmniMedia.

In fact, according to Hunter Walk, there’s almost a secret society for crazy sock wearers.  “I have been in meetings where people look down and notice my socks, and there is this universal sign, almost like a gang sign, where they nod and pull up their pant leg a little to show off their socks,” he said.  Sounds like our type of club!  How can WE sign up?!

So which socks are all the craze?!  Geometric patterns, pink & purple, orange & black, bright stripes, anything with ninjas!  Want to know exactly which styles these techies prefer?! Read up on the trend in this New York Times article: https://www.nytimes.com/2012/02/05/fashion/in-silicon-valley-socks-make-the-tech-entrepreneur.html?_r=1.

Check out these shots we snapped of a few businessman hard at work in their Sock It to Me’s! 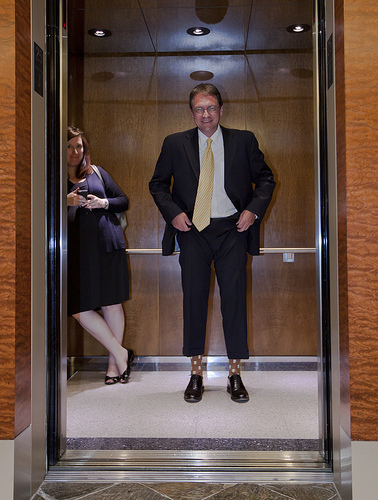 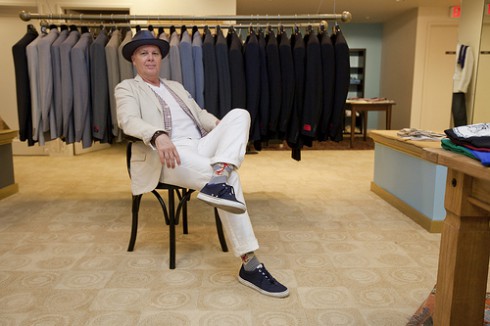 According to the New York Times, flashy socks show “that you are part of the in crowd.  It’s like a secret handshake for those who have arrived, and for those who want to.”  Head on over to www.SockItToMe.com for your ticket success!