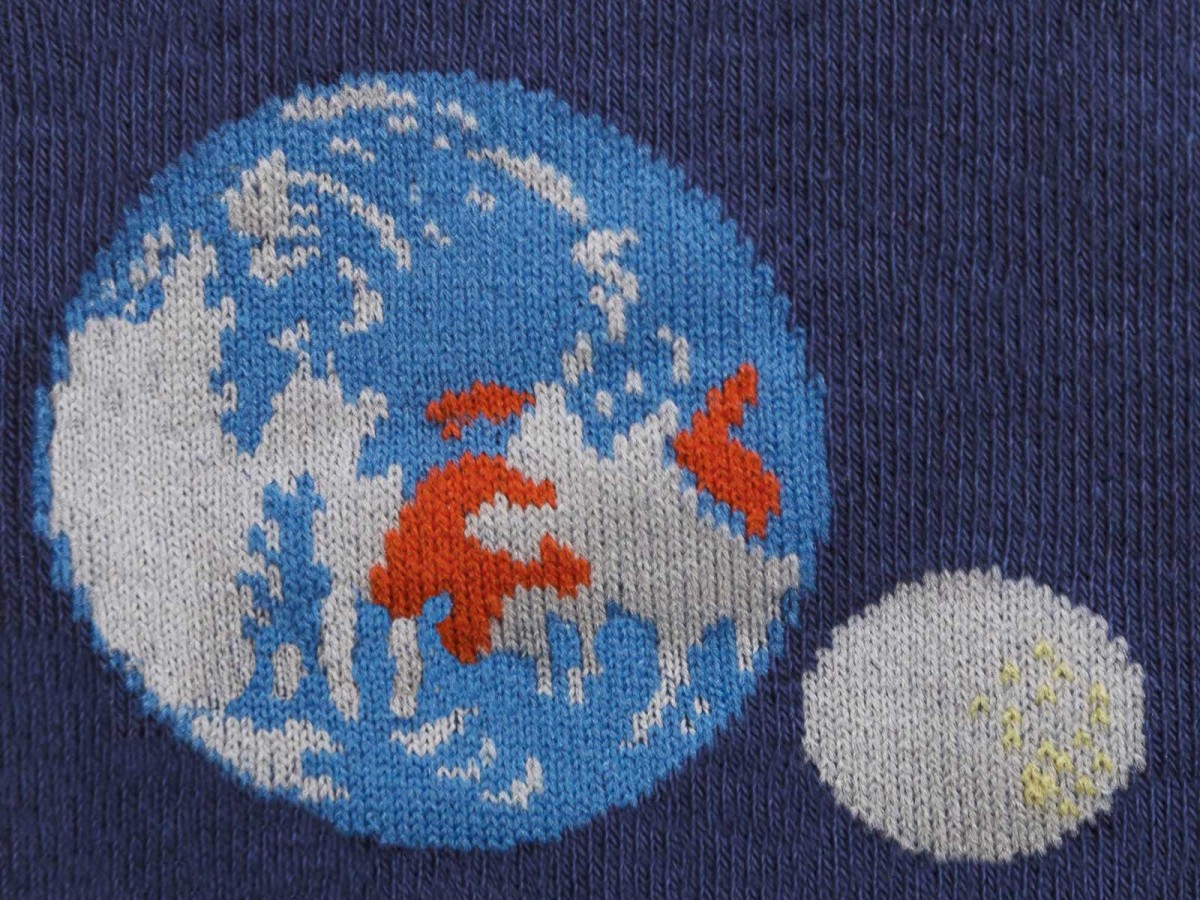 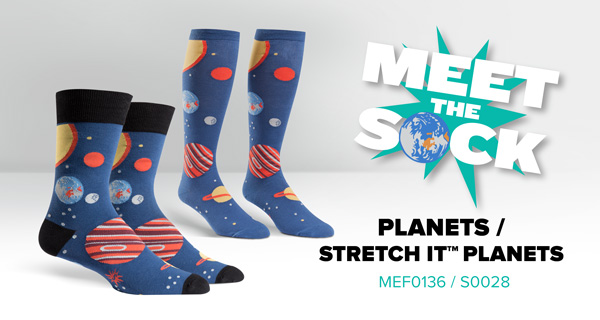 You can never have too many planets around, at least that’s what these socks say.

Planets: Sure, there’s already a Planets sock for women, but there’s more than one way to view the solar system. Not all of us are so heliocentric.

Planets: I don’t know about his stance on socks, but Carl Sagan always had a way of describing us that made me blush.

Planets: By the laws of physics alone, I keep 8 planets, some dwarf planets, an asteroid belt, meteoroids, satellites, and dust all working together.

SITM: What is your life philosophy?

Planets: Pluto, the dog. Just to include him again.

Planets: The planetarium. I know it’s self-centered, but I like seeing myself on the big screen.

Be careful when you wear Planets (now available in Men’s & STRETCH-IT™), you never know what the extra gravitational pull will attract.