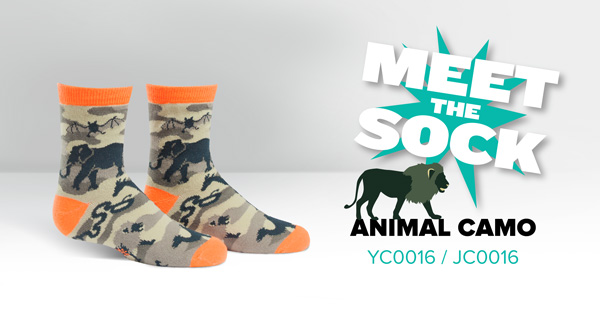 These socks may like to blend in with the crowd, but they still like their story to be heard.

Camo: There’s been camo socks, and there have been animal socks, but never both at once!

Camo: Are there shoes that change color?

Camo: Standing out while blending in.

Camo: Wherever it is, you won’t see me.

These elusive socks may disappear into the background, but you can still make a statement with Camo Animals (available in both youth and juniors).