Kara Ward is a corporate consulting butt-kicker with a natural knack for creative expression, both with items she procures in her job as well as moving and grooving when she dances.

As a Corporate Image Consultant for City Apparel, Kara browses wares and picks up all kinds of goods that can be distributed among companies. “Basically, I shop all day and it is fantastic! I get to go to work every day and spend time with my friends and meet super cool people along the way,” she gushes. “It’s a running joke that we go 110 MPH from 8AM to 5PM, and we’re lucky if we even stop to breathe. Who would have thought that t-shirts and pens could be so stressful!”

“It’s a running joke that we go 110 MPH from 8AM to 5PM, and we’re lucky if we even stop to breathe. Who would have thought that t-shirts and pens could be so stressful!”

Her hard work is starting to pay off, as she and her team have had several large deals go through recently, and they anticipate an “insane” third quarter. And Kara can find an excellent way to celebrate her successes: dancing!

Her history with dance began at the age of 4, when she began to take classes at Becky’s School of Dance. She then continued to study tap and jazz through high-school, and began teaching various classes by the time she was 18. She went on to dance during college, and still teaches tap, ballet, jazz, and lyrical. “I love every second of it,” she says.

Kara’s indomitable spirit isn’t dampered by challenge. She’s rising above a shocking diagnosis of Stage 2 breast cancer, a struggle that she has met head-on since she discovered it this past January.

“I actually found out while eating breakfast in a Las Vegas hotel room,” she explains. She had surgery on February 16, and was back in the saddle within six weeks. “Honestly, I’m doing great,” she says. “I’ve started chemotherapy, which was not nearly as miserable as I expected. I’m two treatments in, rocking my new blonde wig, and taking it one day at a time. As with any curveball you’re thrown in life, there are ups and downs, but I consider myself very blessed to have an amazing support system to help push me through.” 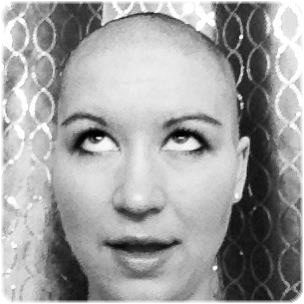 Her community through work and Becky’s School of Dance has rallied behind her, as well as her family. “My mother is a two-time breast cancer survivor, and has been my rock during this insane ride. I don’t have to do anything alone, and don’t have to wonder what’s coming next. She has been there, done that, and wears the ribbon to prove it,” Kara says.

Outside of her non-stop work, and moving and grooving with her dance students, Kara indulges in reality TV, big time! “I know every Housewife by name, every establishment that Tabatha has taken over, and what the Kardashians had for dinner,” she says. “I remember what Vicki’s face used to look like and have even tweeted Kim Zolziak.  Hello, my name is Kara and I am a reality TV junkie.” Hilarious!

So what does Kara have to share for any girls dealing with difficulty, may it be in work, in life, or at home?

“Smile. Seriously, I know it sounds strange in the midst of a crisis, but it helps. Just slow down and breathe and everything will come into focus. There’s a light at the end of the tunnel and I promise that you will get there. Lean on those who want to help and laugh when the opportunity arises. Sing at the top of your lungs, dance your heart out, and tell silly jokes. Remember why you are a cool girl to begin with and don’t let your struggle define you.”

For this poignant advice, are her inspiring ambition, drive, and work ethic, we salute Kara Ward and declare that she is one really, really Cool Girl!

To check out Kara’s story and resources for younger women diagnosed with breast cancer, click on www.goodthingilovepink.com