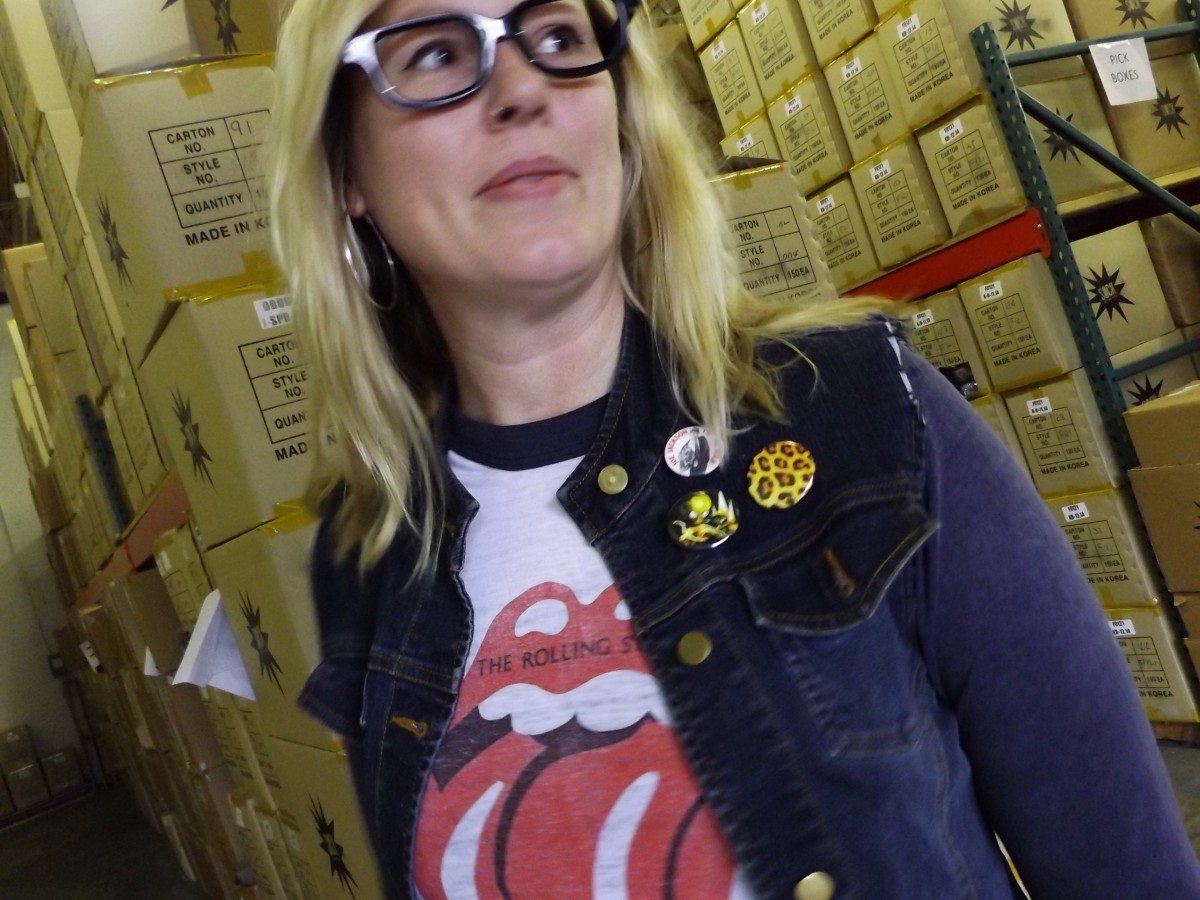 This holiday’s date was chosen to honor the opening day of Star Wars, but happens to fall on a couple other geeky dates: The Hitchhiker’s Guide to the Galaxy’s Towel Day and Terry Pratchett’s the Glorious 25th of May. Some, like some 300 geeks In Madrid, came together to form a human pacman to celebrate this day. Here at Sock It to Me, we landed on dressing up! We’re always looking for an excuse to dress up and be geeky and this holiday gave us the excuse to do both! Read on to see our inner-geeks shine and why we see ourselves as such:

Why I am a music geek, by Sheila Westmoreland

Some of my favorite songs from that album include: Waiting on a friend, Hang Fire, and my personal favorite; Little T&A (sung by my favorite Stone, Keith Richards).

I have been lucky enough to see the Stones twice in concert where they opened the show with Start Me Up (also from Tattoo You) – and yes, I cried.

I stand by the fact that the Stones are the greatest band in the world. If you, too, consider yourself a music geek, I might suggest adding Tattoo You along with two of the best albums ever made, Sticky Fingers and Exile on Main Street to your record collection.

Ever optimistic – despite gloomy days and moody people, I always look to my spirit guide, Rainbow Brite, for illumination. Some may say that using fictional cartoon characters as inspiration may be weird and childish, but I say the world is what you make of it. I’ll have mine bright and with lots of pretty colors!

“Hey glum face… Next time there’s a rainbow, look up. You’ll feel better…and you might see me too!” – Rainbow Brite

I love words. To me, perfection is: some sun, music, surrounded by people, completely absorbed in my latest literary obsession. I can carry even the larger sized comic books in my punny “Let’s Get Totes Crazy” tote bag.

I wore (one of) my They Might Be Giants t-shirts in honor of Geek Pride Day because they are my favorite band a defining love of mine. Though their music is inspiring, their lyrics are what originally won me over and what keeps me coming back after 30+ concerts. They have a command over the English language that would make any word nerd (or geek) squeal.

I live a large portion of my life in a fantasy world filled with monsters, champions and dashing rogues. In fact, in this world, I am a dashing rogue. The world is ruled by charts, tables and statistical probabilities of random occurrences involving the numbers 1 through 20. I find statistics wildly exciting. Go dragons! Go rogues! Go math!