Deb Poppe is a lifelong teacher and hippie who has translated her free spirit into an adaptability that has served her well during these chaotic times. Growing up on Long Island, Deb knew she wanted to be a teacher since she was a small child, even going so far as to work with kids as a babysitter once she was old enough. After 26 years as an elementary school teacher, this mother of four knows how to prepare minds for a future filled with possibilities. 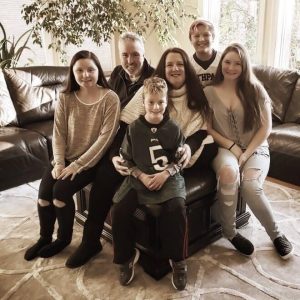 “My first class was filled with the funniest of characters. I still see them in town, but now they are adults, it’s weird,” she smiles. “I taught 3rd grade for fifteen years, 2nd grade for seven years, and I’ve taught 1st grade for four years.”

“Keeping my family and my students as healthy as I can with all that’s going on is definitely my biggest challenge,” Deb says.

Deb and her husband adopted their four children, and they all have different schedules. “My husband and I are their Uber. They work, do sports, take art classes, and of course, hang out with their friends. My second full-time job is as a mother,” she jokes. 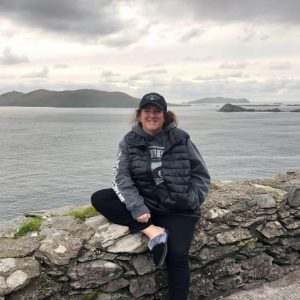 Her natural knack for comforting and motivating young people was rooted in a deep maternal instinct, but the path to motherhood wasn’t the easiest for her.

“I had five pregnancies that didn’t work,” Deb explains. “I basically picked up the People magazine, which had a piece that featured NJ Heart Adoption that had foster care adoption stories in it. I looked at  my husband and said, “ Why don’t we look into adoption?”’

Now the parent of two teenage girls and two younger boys, it’s possible that the most relaxing part of her day is at school with “six interesting hours with twenty 6 year olds.”

“My day starts with six interesting hours with twenty 6 year olds,” she says.

Deb’s passions beyond her children and students include her pugs, 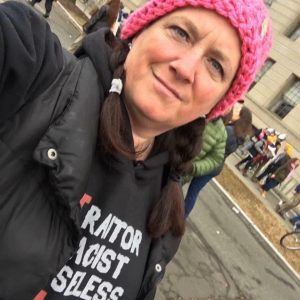 “When the girls were little, we were at the New York Aquarium in Coney Island with the girls and the parade was going on. My heart skipped a beat when I saw it, I’d never seen it before! I’ve gone every year since.”

Not only has Deb attended the parade as a spectator, she has dressed up as Ursula from the Little Mermaid and joined in.

With retirement a few years away, Deb describes herself as a part-time hippie with full-time hippie dreams.

What advice does this bohemian-minded and resilient mama have for young girls growing up in these curious times?

“You are enough all by yourself, you don’t need a significant other to show your worth!”

For her dedication to younger generations and for being a badass mother who always finds a way to adjust to what life throws at her, we think Deborah Poppe is a very Cool Girl!