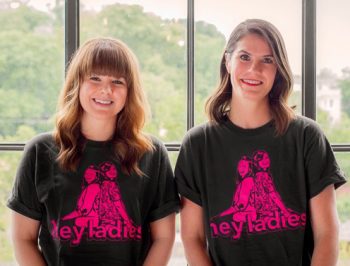 Helping redefine what it means to inform the public, Caroline Ervin and Cristen Conger are leaders of the podcast pack. The two media mavens craft Stuff Mom Never Told You videos, articles, social media posts, and audio podcasts as part of the How Stuff Works platform.

Described as a podcast that “gets down to the business of being women from every imaginable angle,” these ladies enlighten minds when it comes to everything from female farmers to mastectomy tattoos, reshaping the way women’s issues are presented in a multimedia forum.

From their revealing, captivating, and hilarious podcasts, to their approachable and yet intellectually-intimidating interaction on social media platforms, Cristen and Caroline are celebrities for the scholarly set.

These two Georgia peaches didn’t start out with a vision of infiltrating the auricular canals across the globe, though. They began as cohorts on a college newspaper.

“I was a print journalism major (because no one told me that was a bad idea) at the University of Georgia’s Grady College of Journalism,” says Caroline. “Rad lady Cristen and I worked at the college paper together. After graduation in 2006, I worked/toiled as a copyeditor at the Augusta Chronicle for several years before moving back to Atlanta and getting a few other editing gigs. Cristen and I reunited over cocktails, and when her original co-host departed in 2011, I stepped in. The rest is ladyfriend history.”

When it comes to crafting a podcast to beam straight to the devices of an anxiously-awaiting public, it’s far less terrifying and awkward than a layperson may imagine.

“It’s more hilarious and silly and enlightening than anything,” Caroline says. “To start, Cristen and I each research and create notes on a particular topic, then we swap sources. We head into the studio and record the episodes back to back. Thanks to our producer, who edits out our goof-ups, slips, stutters and laugh breaks, the episode is published as one streamlined bit o’ edutainment.”

Cristen explains the launch of SMNTY to smartypants super-stardom in a nutshell.

“HowStuffWorks had begun experimentally branching out into podcasting circa 2008, and I wanted a crack at something entirely new for the brand: WOMEN,” she says. “Over the years, one of the biggest things that’s changed is women no longer being considered a niche and even risky target demo. It’s about time.”

Obviously the struggles of smart women are more than the stereotypical snagged nylons or smudged lipstick. Other than sparking knowledge and getting the scoop for their broadcasts, what’s the biggest thing they’ve wrestled with?

“Professionally, the biggest – or at least longest-running – challenge I’ve faced is building confidence in my own work and points of view, even in the face of people disagreeing with what I say and write publicly on the Internet,” admits Cristen. “It takes some getting used to essentially be in a constant state of work evaluation; if someone doesn’t like how I do my job, they let me and the rest of Facebook, Twitter or YouTube know it.”

“Personally, giving up dairy,” Caroline says. “Oh, and rooting through years and years of subconscious programming in therapy.” 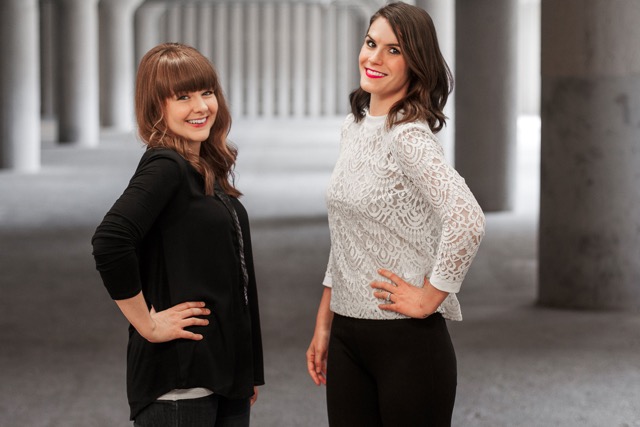 So what do they see for the future? Taking over the television? A Thelma and Louise-style of buddy movie? Crime fighting as a dynamic duo?

“I want to keep teaching, entertaining and inspiring girls, women and whomever else for as long as possible,” Cristen says.

“We strive to show our listeners how the incredible women we profile found their inspiration and motivation as a kind of road map for ass-kicking,” says Caroline. And Cristen adds a bit of advice to those young, impressionable female listeners. “Identify your worth early and hang on to it tight…and don’t let a dude get between it and you, although that can be REALLY hard sometimes.”

For informing us ladies and gents alike about the nitty-gritty of ladyhood from our earholes to our eyeballs, we think Cristen and Caroline from Stuff Mom Never Told You are supremely Cool Girls!

You can check out some of the rad things SMNTY is unveiling via a melange of outlets, including:

**Please Note: We usually give our Cool Girls a gift certificate to spend on socks and underwear, but these rad ladies would rather give to those in need. So, we’ll be giving their share of socks to local shelter Raphael House of Portland a “domestic violence agency dedicated to fighting the causes and effects of intimate partner violence in a variety of ways.”