Why Do We Hang Stockings? 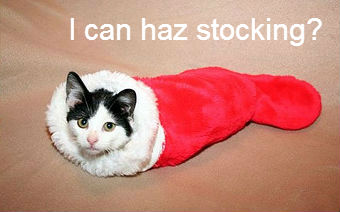 The end of Halloween heralds the start of eggnog lattes, “holiday” spiced everything, TV Yule logs, elves on the shelves, and the waiting laps of Mall Santas. But how did all these traditions get started?! Sock It to Me is here to shed some light…on those that have explanations.

Hang Your Stockings with Care

While there are no written records of the origins of this tradition, there is folklore! Legend has it that a villager with 3 daughters lost his wife and with her, his savings. His daughters were left dowryless and futureless. The widower was too proud to accept charity, so local Bishop Nicholas, (later named Saint), decided to throw bags of coins down their chimney. One happened to fall into a freshly washed stocking that was hung near the fireplace to dry. The widower accepted this anonymous gift as a miracle and his 3 daughters went on to have happy lives. Now we all hang stockings, usually more ornate than the original, hoping they’ll fill with gifts overnight. 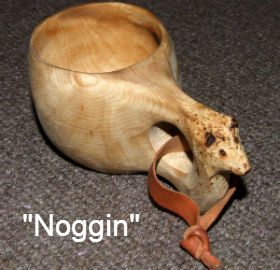 Love it or hate it: you can’t escape this holiday treat. Modern eggnog is generally made of egg yolks, sugar, milk, cream, nutmeg, and varying additional spices (and usually booze). In 1300’s England eggnog was: hot milk, wine or ale, and sweetener. Somewhere on its way to the American Colonies, eggs were added to the mix, and ale was replaced with rum, which was cheaper. During that time, alcohol was served in wooden mugs called “noggins.” Colonial bar patrons would ask for “eggnog” when they wanted this curious mixture. What does it have to do with the holidays? No idea.

While many cultures have brought evergreen plants into their homes during the winter to represent the inevitable return of spring, the Germans are credited for starting this Christmas tradition! For the Feast Day of Adam (12/24) they would perform a procession of “paradise trees” decorated with apples, the forbidden fruit. German settlers most likely brought this tradition to America. The first documented tree in Williamsburg, VA was brought over and decorated by German Professor Charles Minnigerode to a colleague’s home. It was decorated with colored papers and candles. Sounds beautiful and dangerous! 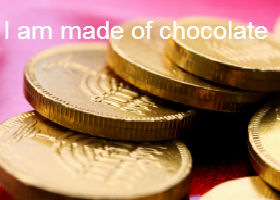 Why do children gamble during Hanukkah?

Both children and adults play dreidel (Yiddish for “spinning top”) during the eight nights of Hanukkah while the candles are burning and work is traditionally not done. Unfortunately, like many Jewish traditions, this gambling game may have started as a way to study the religion secretly. During the time of the Maccabean revolt (when the miracle of lights that is celebrated during Hanukkah occurred), Greeks outlawed studying the Torah. Jewish people took to learning in secret, always keeping their dreidels near so that they could pretend to be playing games instead of studying. Kind of the opposite of being in high school.

The letters on the dreidel are also meaningful. Each side of the top has one of these letters: nun, gimmel, hey, shin. They stand for “Nes gadol hayah sham,” meaning “A great miracle happened there.”