Vogue has declared: Novelty Socks Are Fashion’s Newest Necessity for 2016. AND Sock It to Me is quoted as an example of this trend!

“…purveyors like the Portland-based Sock It to Me (tagline: “Be awesome, wear awesome”) have their own dedicated following: “I was tired of wearing plain black socks to work,” reads one comment on the Sock It to Me site. “I enjoy being different and wearing stuff that really sticks out.” And they aren’t alone in wanting to stand out: Sock It to Me’s press materials state that 94 percent of its customers are shopping for themselves, fully ruling out the gag-gift scenario.” 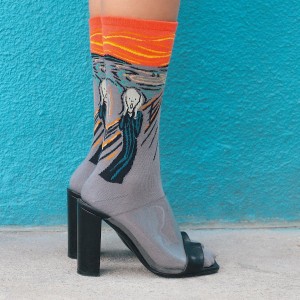