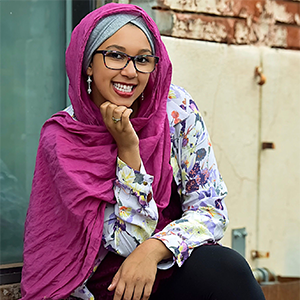 Violet has been dabbling in activism throughout her childhood. “My family taught me to present myself to the world in a way that I was proud of,” she explains.

Being a Girl Scout since the age of five, she has been aware that girls add a unique and unparalleled skill set and perspective, and that, if someone could benefit from having an ally, it’s a privilege for her to help give them a voice.

“Girl Scouts taught me that it is okay to ask for help, but it is good to be independent,” she says. “It also showed me many strong female role models, and taught me that women and girls can do anything that men and boys can.”

Not being content to simply be a Scout, Violet began attending protests before becoming a teenager. 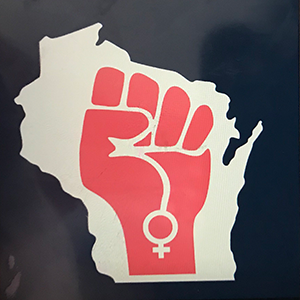 “The first protest that I attended was in Madison, Wisconsin at age ten or eleven,”she remembers. “Scott Walker, the Wisconsin Governor, was passing bills that took away some of the unionization rights for many workers in the state, and especially targeted teachers. My mom is a Special Education teacher, so she and my grandma took me and my younger brother down to our state capitol to protest. That was really inspirational for me because I saw all of these people coming together and standing up for what they believed.”

Violet’s big break into activism has been this past year with Women’s March and Women’s March Wisconsin. After hearing about the Women’s March on Facebook, she decided to attend. On January 21st, 2017, Violet, her mother, and one of her best-friends attended the march in Minneapolis.

“The march was amazing,” Violet remembers. “I felt inspired and empowered. This was something bigger than me, and I was proud to be a small part of it.” 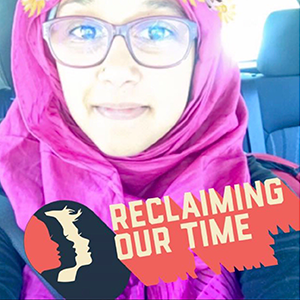 After the march, she kept up with the movement on Facebook. She wore red in solidarity on the Day Without a Woman, and supported the other events that took place over the spring and summer. In late August, Violet began to see posts about the Women’s Convention.

“From the moment that I heard that Women’s March was hosting a convention in Detroit, Michigan I had my mind made up that I was going,” she says.

“The point of these caucuses was to get together with our states’ chapter leaders and talk about events that the states had done throughout the year and where to go from there. When the fifteen of us from Wisconsin got together we were told that we didn’t have any official state chapter. So we decided to start one,” she recalls.

Her caucus planned their Inaugural Assembly for the weekend of November 17th in Wisconsin Dells. In the few weeks that her group had between the Convention and the Inaugural Assembly, Violet, her co-chair, and several other members, headed the planning of the Assembly. Today she remains the co-chair of the official state chapter of Wisconsin.

As a young woman of color, Violet works to change the systematic disenfranchisement that affects many underrepresented groups. She actively strives to bring attention to issues such as gerrymandering and voter suppression.

This coming year, chapters of the Women’s March are organizing a Power to the Polls campaign that will help register marginalized voters and rally those voters who are registered to show up and vote.

“In 2018 elections we want to win back the government so that it is truly for the people,” Violet says. 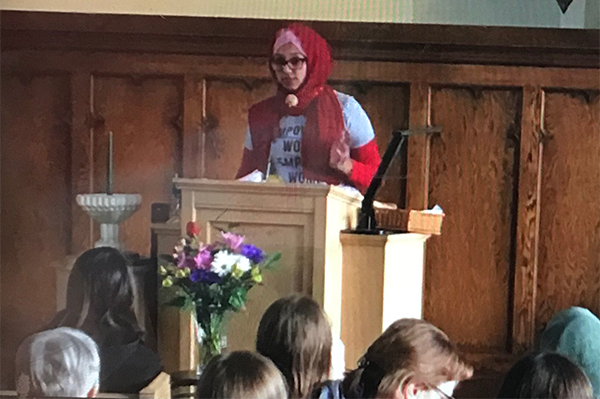 After she finishes high-school, Violet is looking to travel, do more social justice work, and eventually get into teaching. So what advice does this brilliant young woman have to share with other growing girls?

“Be fiercely and unapologetically you, and let your light shine. It’s okay to be independent, it’s okay to not always be perfect, and it’s okay to sometimes be bossy and get things done. Love yourself, and others around you, and show your love to the world.”

For her relentless pursuit of change, equality, and justice, we think Violet Kilmurray is one Cool Girl!

A $200 donation was made to Girl Scouts of the Northwestern Great Lakes on behalf of Violet. You can donate here.