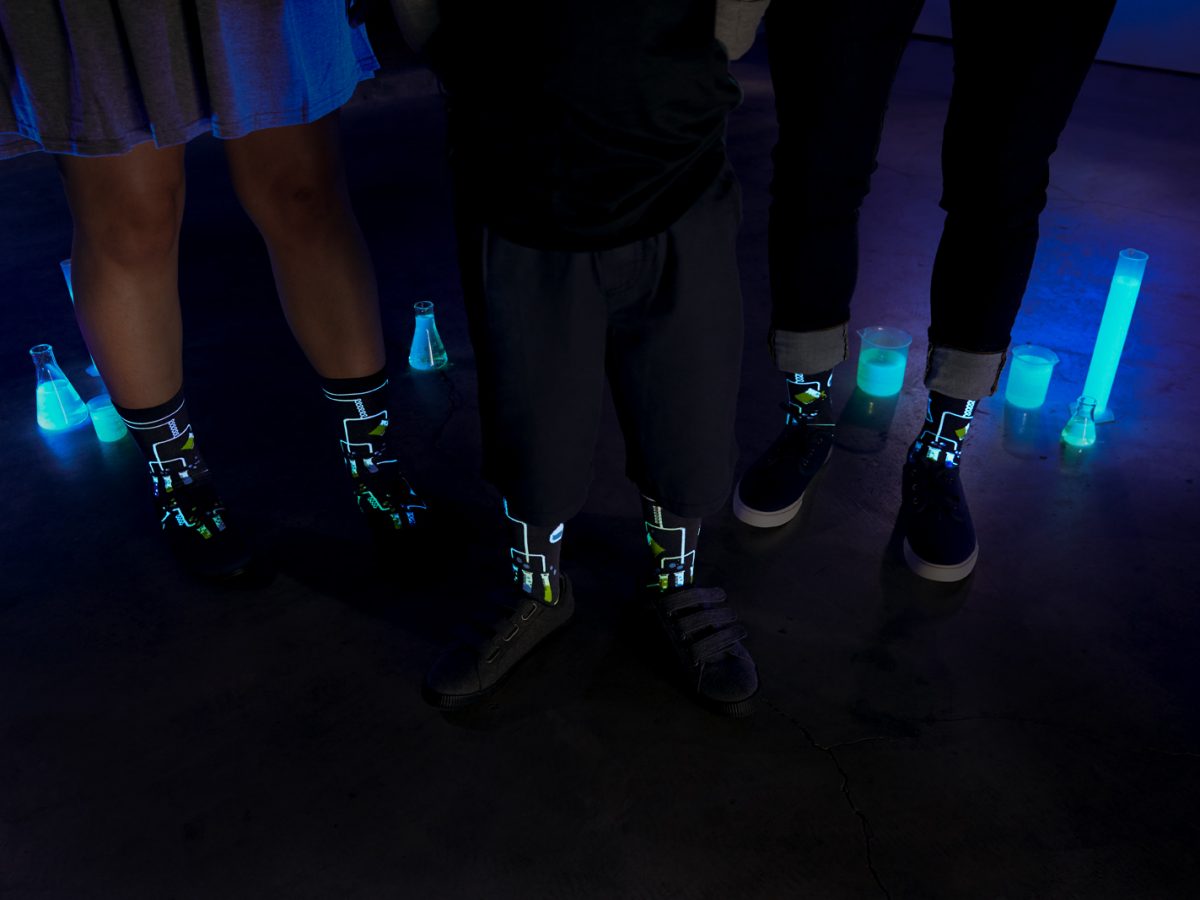 You’re Never Too Old to Glow in the Dark
by Mortimer Q. Stockings

Sure, I can see why you might think glow-in-the-dark socks are for 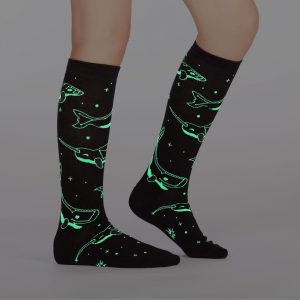 kids only. There are plenty of awesome Sock It to Me glow-in-the-dark kids’ socks and glow-in-the-dark toddler socks, like Stellar Whales or Arch-eology. But, as I recently learned, you’re never too old to enjoy something glowing in the dark.

I remember getting a glow-in-the-dark yo-yo for my fifth or sixth birthday. I was so excited—I immediately took it to the bathroom and turned off the lights, just to see it glow. For weeks afterward, I practiced in the bathroom in the dark, perfecting my tricks, wondering what caused that eerie green glow. When you’re five or six, it seems like something akin to magic. 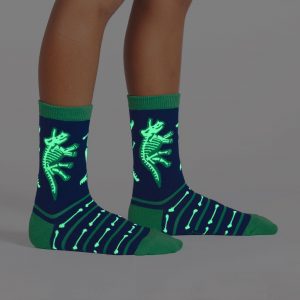 and try to impress the older kids on the block. I did a pretty good Rock the Baby and Around the Corner, but it was my Walk the Dog that left everyone gasping in astonishment.

There was one kid who seemed jealous of my tricks. He went around the group telling anyone who would listen that the only reason it glowed was because it had been dipped in special paint. “Anything can glow if you dip it in the special paint.” It didn’t take long for him to convince the other kids that there was nothing magical about my glowing yo-yo.

With the other kids losing interest, so did I, and ever since I’ve told myself that there’s nothing cool about glow-in-the-dark anything. “Anything can glow if you dip it in the special paint.” 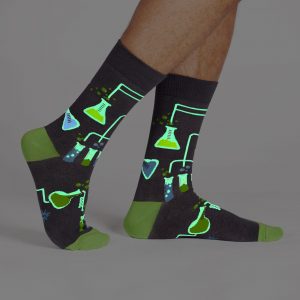 Well, I recently bought a pair of Men’s Laboratory crew socks. They’re great looking socks. I love the beakers. I wear them… periodically!

Then I saw the label, “These socks glow in the dark!” At first, I was annoyed. Did I pay extra for something I don’t need? (As it turns out, no, they’re the same price as non-glowing socks).

I put them on the following morning and I didn’t give them a second thought until I was walking home from the bus stop later that night. I noticed an eerie green phosphorescence emanating from my ankles. I lifted my pants cuff to get a better look.

I couldn’t help it. I chuckled. And I couldn’t stop grinning for the entire walk home.

I realized, you can enjoy glow-in-the-dark socks as an adult. And, amazingly enough, I enjoyed them for the same reason I loved my 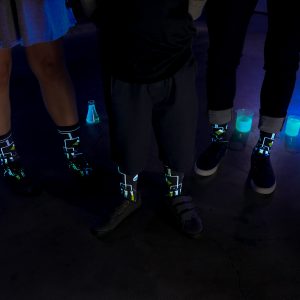 The socks made me feel like a kid again. The biggest difference is that I didn’t rush into the bathroom and turn off the lights to get the instant gratification of seeing them glow. I recommend doing what I did: putting them on in the morning, going about your long day, and setting yourself up for a surprise when it gets dark.

As soon as I got home, I went to sockittome.com and ordered Speed of Feet, so that I could have two pairs of glow-in-the-dark socks.