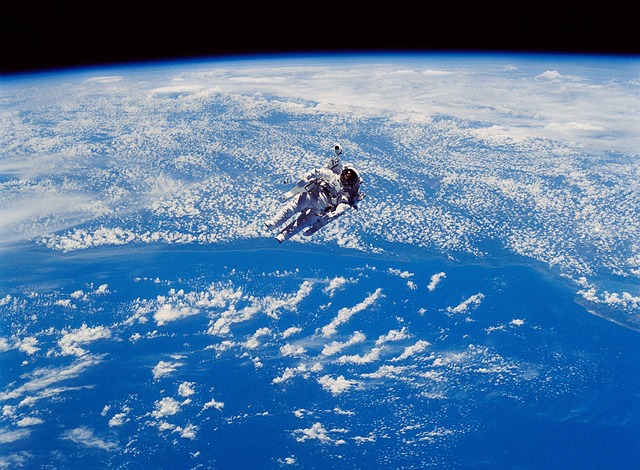 Astronauts are by definition exceptional people. To even be considered you must be extremely intelligent; ideally, you’d come from a background of engineering or aeronautics or have expertise in a specific scientific niche. At the same time, your body must be 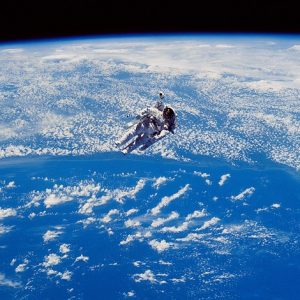 in peak physical condition to withstand the rigors of the zero gravity environment. And, oh yeah, you also need to be pretty brave to agree to strap yourself inside a rocket filled with thousands of pounds of the most combustible fuel on earth.

Since the days of Mercury and Gemini, this is how we’ve always thought of astronauts: incredibly smart, athletic, highly competent. You may have heard of some of their names and spacefaring exploits, but very little about the actual people underneath the spacesuits. Fortunately, that’s changing now for two reasons. One: since the advent of social media, more and more astronauts have created accounts and made themselves available to the public. And two: we’re beginning to enter an age where space travel is entering the mainstream. New agencies and businesses are springing up with ambitious new exploration goals and dreams of bringing spaceflight to the masses.

Astronauts are exceptional people, but for the first time ever we can see them as real people–everyday people. And here at Sock It to Me, since we’re endlessly fascinated by anything having to do with outer space (and our outer space socks are pretty sweet, too), we thought it would be fun to come up with a list of seven astronauts you should really know about.

Buzz Aldrin – You’re undoubtedly already familiar with this O.G. astronaut. He was, after all, the second person to walk on the moon–one of only twelve to ever do so, one of just four of those still alive today. But did you know that Aldrin, 89, is very active on social media? His Instagram and Twitter accounts are both a great source of vintage photos, space news, and glimpses into his colorful personality. Speaking of colorful, we found this photo of Buzz wearing flashy socks, and now we feel like we have a special bond with him. Wouldn’t you love to see him in a pair of One Giant Leap?

Scott Kelly – Maybe you already know Scott Kelly. It wouldn’t be a surprise as he has almost 7 million combined followers between Twitter and Instagram. He’s absolutely worth mentioning because he’s such an incredible resource for anyone interested in outer space, NASA, or really, anything related to science. Follow him on Instagram and Twitter to see the majestic photos of earth that made him famous, and also for his dry wit. An outspoken advocate of wearing socks inside the International Space Station, you can read his yucky explanation why here. Kelly has a twin brother, Mark, also an astronaut. A few years ago while Scott was in space and Mark was on earth, they were the subjects of a study that examined the long-term impacts of a zero gravity environment on the human body.

Samantha Cristoforetti – Before Cristoforetti became an astronaut, she was an ace fighter pilot and captain in the Italian Air Force. Her first mission to space was November 2014 through June 2015, which broke records for longest uninterrupted spaceflight by a European (a record that stands today) and by a woman (this record was broken in 2017). Sci-fi fans love Cristoforetti because she drops subtle references into her photos. She’s been known to do this with Hitchhiker’s Guide to the Galaxy, and when Leonard Nimoy passed away in 2015 she donned a Starfleet pin and did the Vulcan salute for a photo in the International Space Station. She’s also the second ever person who attended Space Camp as a kid and then went on to become a real astronaut as a grownup. For her fun nerdy tendencies and to keep track of her explorations in space and to the depths of our oceans, we recommend giving Cristoforetti a follow on Twitter!

Christina Koch – Christina Koch launched into space for the first time on March 14, 2019. She’s scheduled to return to earth in February 2020, which will be 335 days in space–long enough to set a new record for the longest uninterrupted spaceflight by a woman. Christina is a great follow on Twitter and Instagram because she’s up there right now. She posts photos and videos almost every day, giving you a great sense of what daily life is actually like for an astronaut on the International Space Station.

Anne McClain – Maybe you remember earlier this year: there was a controversy when NASA had to cancel the first-ever all female spacewalk because they only had one smaller sized spacesuit. Anne McClain was that astronaut who had to cede her spot on the spacewalk to a man. While Anne did end up getting to go on a spacewalk later on in the mission, it would have been cool to see her break that barrier. Still, there’s lots you should know about what an amazing person she is. She’s an Iraq veteran who graduated from the United States Military Academy in West Point. She’s a pro-level rugby player who would have competed in the 2006 Rugby World Cup if not for her deployment. She’s logged more than 2,000 hours piloting combat helicopters under the callsign “Annimal.” In short, she’s a badass–pretty much as bad of an ass as you’ll ever find. She’s a talented photographer with a dreamy way of shooting clouds and a great follow on Twitter for her frequent slices of life in space (like Koch, she’s up there right now).

Beth Moses – Try to imagine the absolute coolest combination of words you could possibly conjure up. Got it? You probably didn’t come up with anything as cool as Beth Moses’s actual job title: Chief Astronaut Instructor for Virgin Galactic. Moses began her career at NASA working on the International Space Station project, but unlike everyone else on this list, she’s primarily known for being a commercial astronaut. She has a Twitter where she occasionally posts interesting stuff, but the main reason we had to include her on this list is because if space travel is going to become viable for the public, she will have a big role in making it so. And if that’s the case, years from now we’ll look back and consider Beth Moses an important pioneer of modern space travel.

Nerd Much?, a nerdy pop culture site, noticed that we’ve had some science going on!

Our new fall line is, as Nerd Much? put it, “loaded with extra nerdy science-inspired designs”. We are getting a little spacey, and gamey, and alieny! Just look at all these science socks from our new release.

They also noted that we have science socks in all sizes—from kids to wide calf. Nothing gets past them!

See what else Nerd Much? says about our seriously scientific socks in their article. 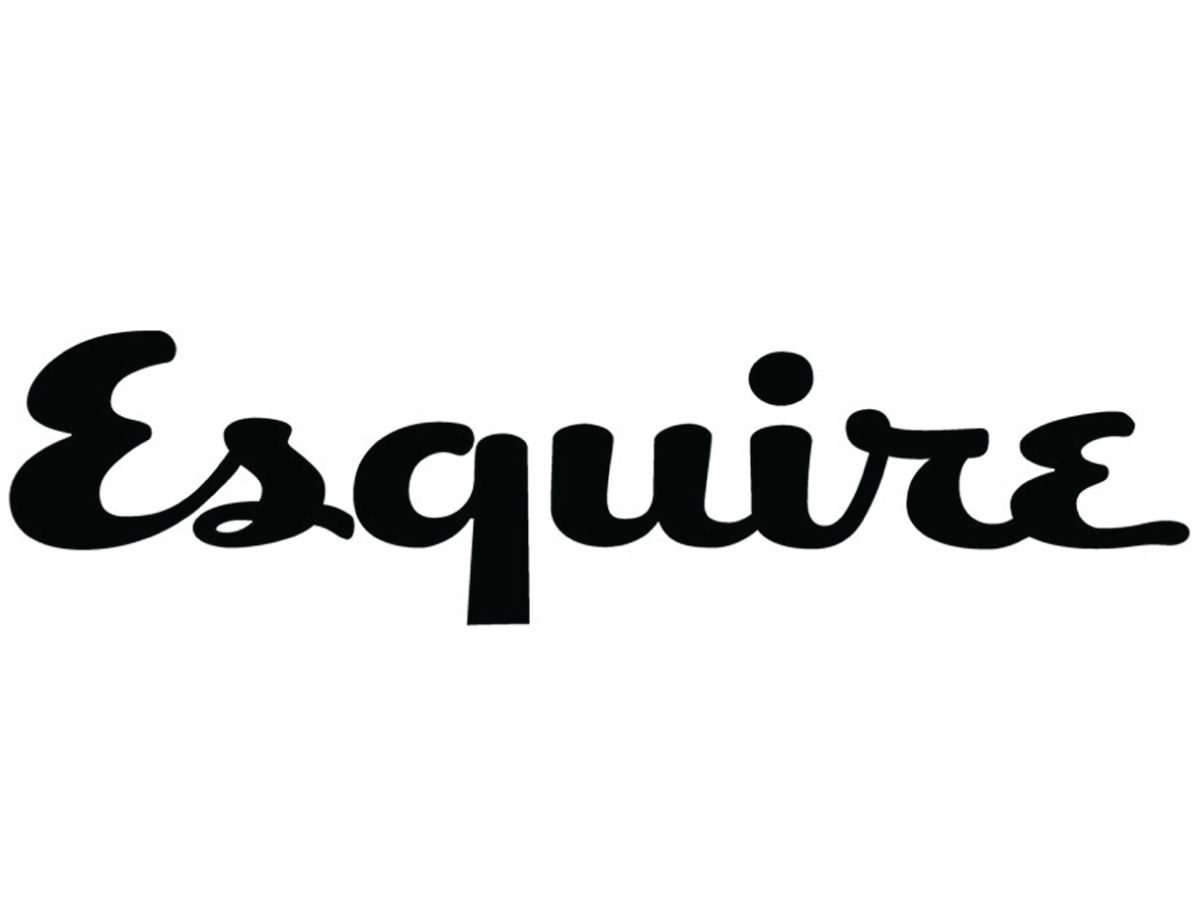 Esquire featured our Men’s One Giant Leap socks in their article: The 10 Best Pairs of Anti-Boring Socks for Under $20.

“Socks might be rooted in functionality, but they can be so much more than that if you let them. While the crazy-socks-with-a-suit move feels stale, a more casual, street-style approach to a cool sock feels especially on-point at the moment.” 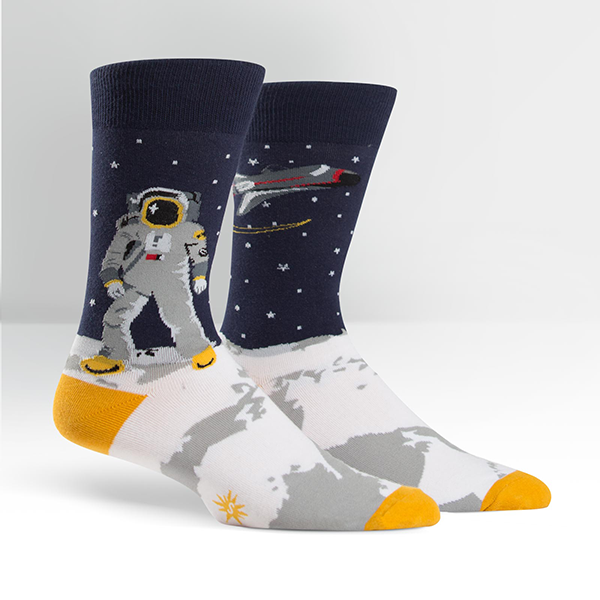