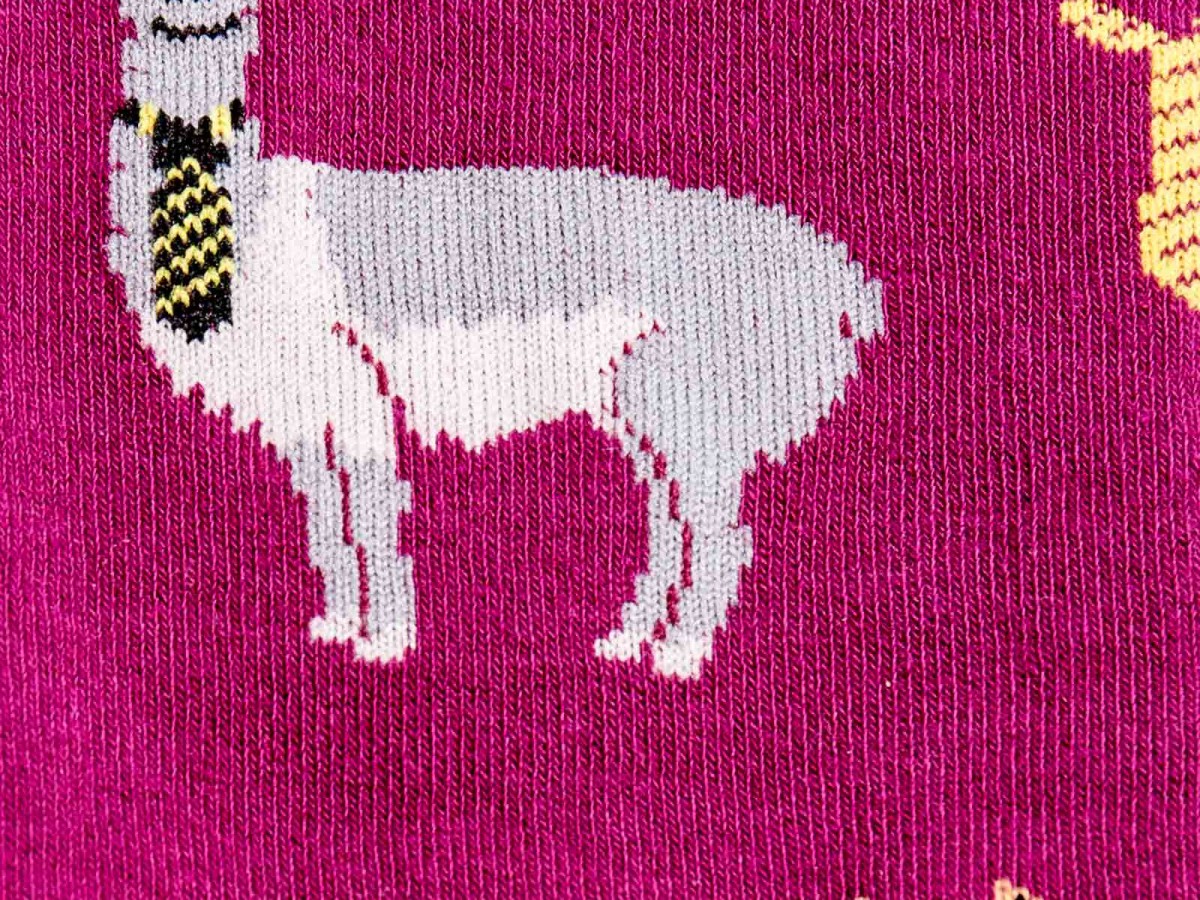 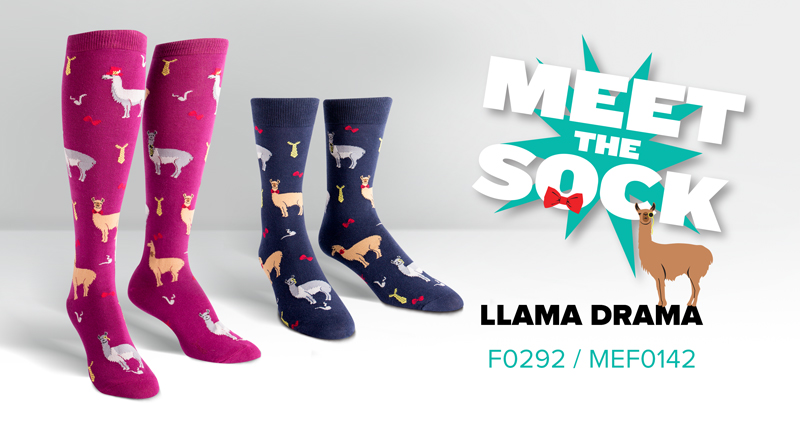 Llama fact: no one can accessorize better. Read on for more Llama facts.

Llama Drama: A fully formed sense of fashion. Socks aren’t the ONLY accessory, you know.

Llama Drama: It completely depends on the outfit.

Llama Drama: I can make ANYONE look good.

SITM: What is your perfect date?

Llama Drama: A prompt departure with a well-coiffed companion to whichever nightlife entertainment is trendy that week.

SITM: Who do you look up to?

Llama Drama: Anyone who can tie a bowtie without watching a YouTube tutorial.

SITM: What do you think about this sock & sandal trend?

Llama Drama: It’s appalling! Why not just wear a tie as a belt? Hats on your hands? Are we all just animals? Hmm?

Can you take the drama?! Find out with Llama Drama, available in men’s crew and women’s knee high.