Amanda Lauter works for a monkey business. That’s to say she works for the highly-regarded email marketing company MailChimp, making sure that companies are sending emails without a hitch. This Atlanta native also spends her days toying around with new ways to make the service even more efficient by implementing various social media outlets and innovations. 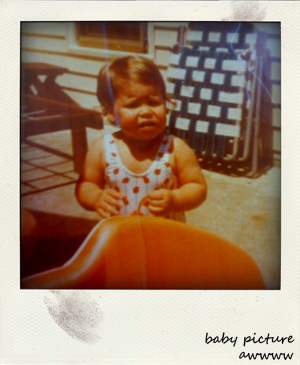 As a child, Amanda was exposed to technology in a way that sparked her curiosity. She remembers her parents IBM 286 computer and playing a game called Reader Rabbit. “The game was actually pretty weird in retrospect. I remember an anthropomorphizing harlequin rabbit twinkle-toeing on a tightrope, typing words, and then there was an awesome function where I could type stories,” she says.

After studying Fine Arts with a concentration in Cinema Studies at Oberlin College, Amanda decided to pursue a career in video editing, but her path to splicing frames was cut short by a serendipitous offer to work for an up-and-coming company called Mail Chimp. When she was brought on board there were only thirteen employees, over the past two and a half years they’ve grown to a staff of over seventy.

Amanda’s days at MailChimp are spent checking in with the community of MailChimp users via Twitter, Facebook, and email. She responds to anyone who has a question about the application and makes sure that their experience is going smoothly. Amanda also oversees the customer community forums and responds to questions, wishlist items, and any other discussions where her input would be useful. Other than interacting with the customers, she’s also assigned the task of being the company’s “internal journalist,” so she roves around and talks with other employees, including CEO Ben Chesnut. She gets to be exposed to whatever projects her colleagues are working on, which one might think is the best perk of working for such a creative, whip-smart group of people, but there are other pretty awesome boons to being on MailChimp’s staff. “I almost never go to out to lunch because it makes me sleepy, but I do try to spend some time on our sweet roof deck each day. It offers a great view of the Atlanta skyline.” Last year she even traveled to Amsterdam to attend The Next Web conference.

Recently Amanda has been building the software Long Reply through the MailChimp Labs. “In a nutshell, LongReply is a tool we developed specifically for providing customer service via Twitter. People seek out customer service via Twitter because it’s the last place they know they won’t get an automated attendant or outsourced call center. People want help from human beings and they expect it *now*. Twitter is a speedy and human way to respond to customers, but sometimes you need to say more. We built LongReply for when you care more than 140 characters. It’s currently in beta, but you can request an invite via https://longrep.ly. ” 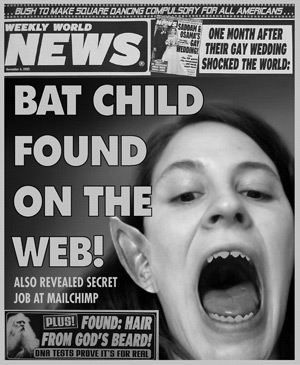 Outside of work, Amanda runs, plays tennis, collects old film cameras, cooks, and avidly watches the Atlanta Hawks, but she keeps her aspirations rooted in technology. “I think that developers and programmers are the cool kids of the coming decade, and I want in on the fun. At the moment, I’m extremely lucky to work with a bright group of developers, marketing minds and designers who are all willing to lend their expertise and let me pick their brains on a regular basis. It’s a very fertile creative environment and a bit like working in a science lab. We’re constantly experimenting and I love the energy that everyone brings to work on a daily basis.”
For not monkeying around when it comes to developing fantastic innovations for MailChimp, we think Amanda Lauter is a really Cool Girl!