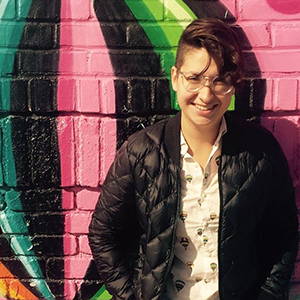 Artist and activist Lindsay Amer has turned the world into a stage for all audiences and actors through her Queer Kid Stuff edutainment YouTube channel. Lindsay has dedicated her young career to bridging the gap in theater and education for LGBTQ+ kids.

As a theater student in Northwestern University, Lindsay learned the ropes in producing for younger audiences, a skill that she honed during her Masters program in performance studies overseas. It was during her graduate studies in London that she stumbled upon an area that she was passionate enough to turn into a profession.

“I was learning new techniques and I started growing frustrated with the limitations theater presents, particularly for the kind of work I’m trying to do that gets censored by schools,” Lindsay explains. “I was watching a lot of YouTube at the time and thought that would be a good platform for what I wanted to do. I googled “what does gay mean?” out of curiosity and found that the only things that came up were a dictionary definition and a few resources for parents and teachers, but there was nothing specifically made for kids. I wanted to make a digital resource actually made for the young people who might ask google that question. And I just checked and our very first video pops up now in that search!”

For Lindsay, it was merely a process of trying to entertain and inform young audiences who are often deprived of certain inclusive, queer storylines as they’re growing up. 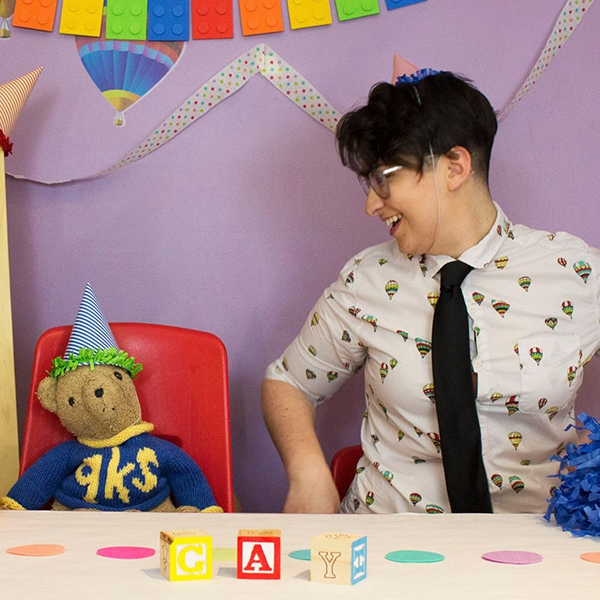 “I’ve been doing queer work for kids since undergrad, but I started in theater first where I was making new work for young audiences. I just fell in love with all-ages storytelling and saw a gaping void in LGBTQ+ content and themes in the work,” Lindsay recalls. “The first time I encountered a piece written for young people with a queer protagonist, I was completely blown away and I knew it’s what I had to start working toward. I’ve pretty much been doing this work ever since.”

Most recently, through the wide audience of digital media, Lindsay and Queer Kid Stuff have been able to reach more and more people, and to inch closer towards their goal of “a kinder and more equal future.” That’s not to say that the broad horizon of the internet has been entirely filled with admiring followers. Lindsay still is constantly reminded of the discrimination and stigma that queer people, young and old, still face.

“I get a lot of online harassment, but, to be honest, I’m kind of over it at this point. There’s so much systemic oppression working against queer people, women, and trans/non-binary people and talking about it all and creating narratives around it is still incredibly taboo,” she says. 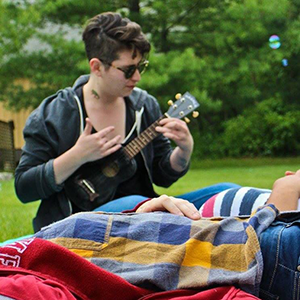 By using art as advocacy, even when confronting trolls, Lindsay is able to fulfill her creative dreams and help other young people learn how to feel comfortable in their own skin and society.

Beyond her internet videos and her day job, Lindsay is also looking to bring her vision to the stage. “I’m directing and writing a play for my theater company! It’s Bluelaces Theater Company based in NYC and we make immersive sensory-based theater for people on the autism spectrum and other developmental differences. The show’s all about imaginary trains! It’s cool!”

So what advice does this YouTube star have for anyone starting out in artistic or advocacy endeavors?

“If you love it, do it and be it. Don’t listen to what other people want you to do, or think, or say, or be. Listen to yourself and your wants and needs and just do you. You’ll be so much happier for it.”

We think that Lindsay Amer’s work bringing Queer Kid Stuff to the masses makes her one Cool Girl!