“I would love to become a female role model for those girls who love science but somehow feel trapped, like they can’t achieve their dreams,” Dr. Debbie Berebichez says. “Much like “Bill Nye, the Science Guy,” I want to be “the Science Gal,” to inspire teenagers and adults to look at science with a fresh and fun new eye.”

Dr. Berebichez has become a prominent female voice in both physics and scientific leadership, even though she found little encouragement for her love of science and math from her family and peers while growing up in Mexico City. Although she would spend hours looking at the stars on the roof of her building, and she’d ardently read biographies about scientists, she didn’t have much external support when it came to her budding thirst for knowledge. She attributes this to a conservative community that strictly adhered to gender roles as they understood them, where girls were told they “shouldn’t pursue a career in science.” Although she dreamed of becoming an astronaut or a rocket mechanic, she instead focused on theater and writing, opting to treat her love of left-brain learning as a childhood phase. It was when she was a Philosophy major at Brandeis University that her scientific swooning reemerged, and today she is a professional physicist and risk analyst on Wall Street.

During the day on Wall Street, Dr. Berebichez uses quantitative risk models with mathematical methods, such as statistics, to measure the amount of risk associated with investing in the financial markets. She meets with different professionals and shows them which investments are tenuous or sound based on certain models. One would think that being a physicist in finance would be wholly unique, but Dr. Berebichez is quick to point out the fallacy that a career in academics is an assured outcome for a math or science major. “There are over one thousand physicists and mathematicians on Wall Street,” she says. “And that’s partly because there are such few jobs in academia.” 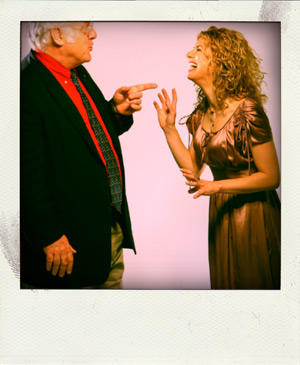 She sees a future in scientific research and science communication, as her goal is to reach out to young people and ignite their passion for science. Dr. Berebichez believes that there are engaging and exciting ways to inspire inquiring minds, and she’s actively creating these opportunities in every way possible. Currently, outside of her day-to-day life on Wall Street, she’s writing a popular science book, networking at conferences across the globe, and lecturing at various high-schools. She’s also written twenty-three episodes of a Spanish and English television show, where she’s tackled various topics in witty and unexpected ways in episodes like “The Physics of High-Heels,” “Nanotechnology and Fashion,” and “Why Should I Care About the Universe?” She even hosted the National Geographic Channel’s “Humanly Impossible” last month!

Beyond her youth outreach initiative, Dr. Berebichez is constantly interacting with the scientific community. “We’re encouraged to communicate to our peers about every result we arrive at. This way science becomes a collective phenomena where one discovery lies on the shoulders of the previous one and so on. It’s very empowering to feel like a strong individual that can contribute to this huge body of knowledge, while at the same time being a member of a large community of people that respect and collaborate with each other,” she says.
Dr. Berebichez has found a way to make sure that young people won’t have to shelve their scientific dreams, and for that we think that she’s a very Cool Girl!

If you’d like to talk to Dr. Berebichez, or you’d like for her to speak at your school, you can find her contact information on The Science Babe www.thesciencebabe.com. And if you’re interested in seeing her in action here’s a short video of a TED talk that she gave last year. https://www.youtube.com/watch?v=BRP_S3Cd-7U&feature=player_embedded You can also follow Dr. Berebichez on Twitter. https://twitter.com/thesciencebabe