As a shy, introverted child, Joanne Manaster wanted to become an astronomer and, later, a doctor, but before she was old enough to drive she was working as a model. “I think it would have taken me longer to overcome my shyness if I weren’t discovered for modeling when I was fourteen,” she says. “And my sense of style was definitely lacking before that point, too!” Now she is one of the more prominent Internet personalities when it comes to science, with her own website, Joanne Loves Science, that’s home to book reviews, fun field tests, and something that’s been dubbed “Gummi Bear Science.”

“Basically, a college student once asked me if a Gummi Bear could be liquefied with ultrasonic sound waves. We gave it a try and it worked. Once I began making videos, I ran across the Gummi Bear in potassium chlorate video and decided to create one about sonication. Multiple ideas have emerged since then. I thought people might like to learn a little bit more about how scientists do various things in their lab and also that scientific properties explain everything around us. Gummi Bears are no different,” she explains. She’s currently working on another web video featuring the sweets, where she’s using Gummi Bears to investigate the density of objects. 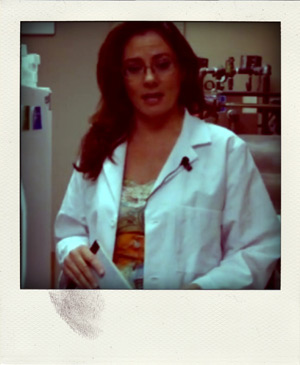 Her work in the field of science has taught students about the diverse and ever-changing world of molecular and cellular biology, and has exposed them to techniques that manipulate mammalian cells within the lab. These days her job challenges her to examine new topics and find innovative ways to pass her knowledge on to her students, who will eventually pass it on to their own. She thinks it’s important for science to be viewed as the exciting and essential world that it is, and she thinks it’s especially important for girls to dive in. “I find myself with a strong desire to have more women in science be seen and heard, as I think this could really influence young ladies. I hope to accomplish this by creating something of an Internet “science channel” featuring video segments that highlight women in science, and to challenge more of them to be visible in this realm.”

Her scientific life has brought her back to the Midwest, where she works as a biology lecturer. After twenty years of being an instructor in the labs of University of Illinois, she now strives to develop Bioinformatics and Human Genomics online courses for their School of Integrative Biology, and works teaching courses for the Masters of Science Teaching Biology degree. “While I may never have my genome sequenced, my children and their children might as a part of routine health care. I think it is important that they are exposed to the science behind this,” Joanne says.

Other than teaching, Joanne is a busy mom to her four, not-yet-genetically-sequenced children. She also fits in time to go to the gym, but most of her day is spent talking to other scientists and reading up on new topics. “I also read popular science books, and think about what kind of videos I would like to make, considering a mixture of both what people might like to see and what I think is essential for them to know about science,” she says. “Most of my pursuits outside of work include my outreach for science via my website, my videos and outreach to kids, teens and adult members of the public. Even though my work requires I explain science to those with science and engineering knowledge, I seem to have a knack for making science accessible to non-technical audiences.” 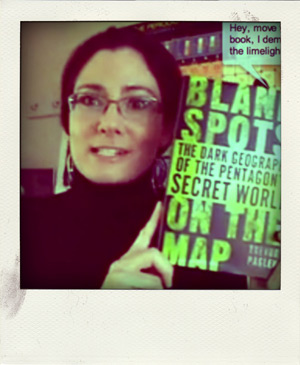 Aside from her incredibly fun, informative videos on liquefying Gummi Bears and other scientific experiments, Joanne has also worked on the Kids Read Science and Teens Read Science project, which is worth checking out.

For using sweets, smarts, and a sense of humor to forward the study of all types of science, we think Joanne Manaster is one Cool Girl!