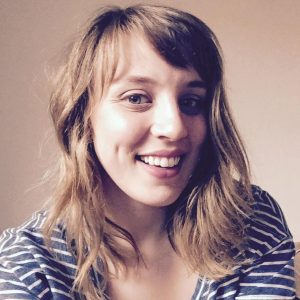 Clancy Calkins is an adventurer and a filmmaker who has made it her mission to share her experiences, intellect, and images with the world. This journalist uses photography and videos to document her interactions with people, places, and problems in diverse areas everywhere from New Orleans to Auschwitz. Between working as a videographer for the Cincinnati Museum Center, working on commercial videos, and hosting her very own series ‘Geo Talks with Clancy,’ Miss Calkins has taken her vision on the road, and made her messages available to everyone. 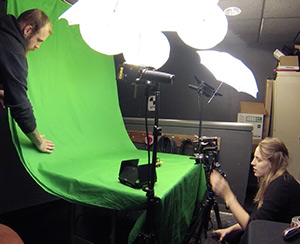 This bright, unstoppable young lady boasts a Master’s in journalism with a specialty in film and broadcast, and also has a degree in Geography with special research focused in Geology, but her academic achievements aren’t what have made her the documentary maven she is today. Her motivation to create, inspire, and inform are what have led her to produce such a wide array of articles, videos, and photojournalism projects before the age of 28.

While she admits that anxiety often powers her through projects, even more rousing is her desire to facilitate change. “Life should be easier for more people everyday!” she declares. And how did she get going in her formative years? 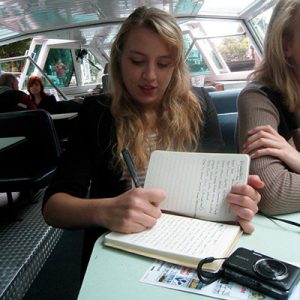 “I started playing with photo, video and journaling when I was about 15. One of my best friends and our sisters recorded a hilarious music video countdown with a camera in our basements. My friend Emma would throw in ideas based on films she would watch. Until this day she’ll be the best director I’ll ever work with. At the same time my parents had gotten me a photo camera and we took a trip to Pittsburgh. I was entranced by the grit and realness of the town and I was trying to capture the essence of the town in photos. I still look at those photos often,” she admits.

While her family, friends, and figureheads like Jim Jarmusch, David Bowie, John Stewart, and Samantha Brown definitely influence her, she finds her source of strength and stimulation from the people she meets along her way.

“Sometimes what is a miserable experience in the moment becomes a favorite memory and vice-­versa. Last August I went to New Orleans to help film a friend’s documentary. It was great to help another person’s vision come true, to tell a story that needs to be told. I had a few minutes to myself to reflect as I was documenting the general footage in the streets of New Orleans. It was the dog­-days of summer, I was soaked in sweat, but the sun was setting and I was watching kids play basketball in the streets and neighbors were offering me home-­cooked supper. I had this thought like, “I did it. This is what I’ve always wanted to do.” I was so happy…There’s just so many great humans out there,” Clancy muses. 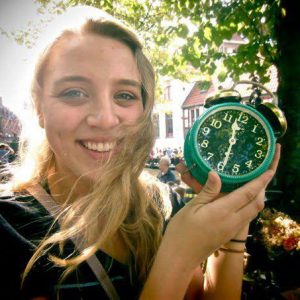 “I want to dedicate my life to storytelling because the story is what is ultimately what’s going to have an affect on people to reflect or change themselves,” she says. “I want to dive into my Geo Talks and make it the series I am dreaming of. Right now the series is covering basic physical geography principals. I’d like it to expand the concept of “geo” into social geography which is kind of where the analysis of science and real­ life social issues converge. I love science and just understanding more about the earth, but I am not completely fulfilled unless I bring those principles back to how it can help people. I am always looking for more time, access and funding for this pursuit.”

Noble and honest, Clancy believes she can educate and elucidate on an ever-broadening scope of issues…and that anyone can get involved. “Just trust yourself, trust your gut and try new things,” she adds.

Bringing ideas, issues, and inspiration to the forefront, one shot and story at a time, we think Clancy Calkins is one supremely Cool Girl!