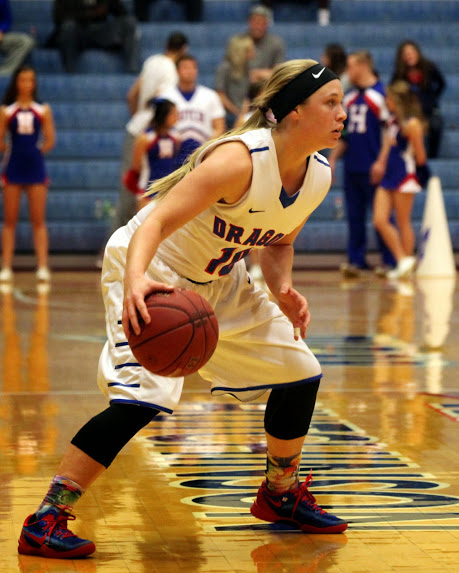 Shooting hoops in hot socks, such is the life of student athlete Alyx Bloom. This maven on the court has a message for all young athletes out there: keep at it and you’ll succeed!

As a child growing up in the small town of Clay Center, Kansas (“Home of the Tasty Pastry Bakery and the Piotique Parade!”) Alyx dreamed of becoming the next WNBA All-Star.

“If that didn’t work out then I planned on becoming the first female President,” she adds. But measuring only 5’4” in a game that holds height as one of the strongest assets, she was quick to realize that in order to win she’d have to hone her fundamentals, and she devoted herself to improving in ways beyond strength and power. “I’ve learned to out-work, out-run, out-wit, and flat out-play my competition. I strive to be the best I can potentially be,” she says. 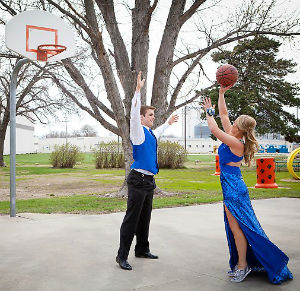 By always working to improve her game, Alyx secured a spot on several squads over the years, but it certainly wasn’t easy.

“I’ve spent countless hours on my own time outside of team practices: in the backyard shooting jump shots, in my basement dribbling, or studying game film of other great players. Self-discipline has really helped me improve my game and reach the next level,” she explains.

Behind her was her family, Kansas State University ball fans. After begging her parents to send her to the school’s summer camp, she finally got her wish, and got to meet many female basketball stars that she idolized, including her mentor, Nicole Ohlde. Not only did her parents’ summer solution stoke her fire, but her grandfather Steve was the one who supported her outdoor game, providing her an outdoor hoop and even lovingly nagging that she shoot 100 shots per day. 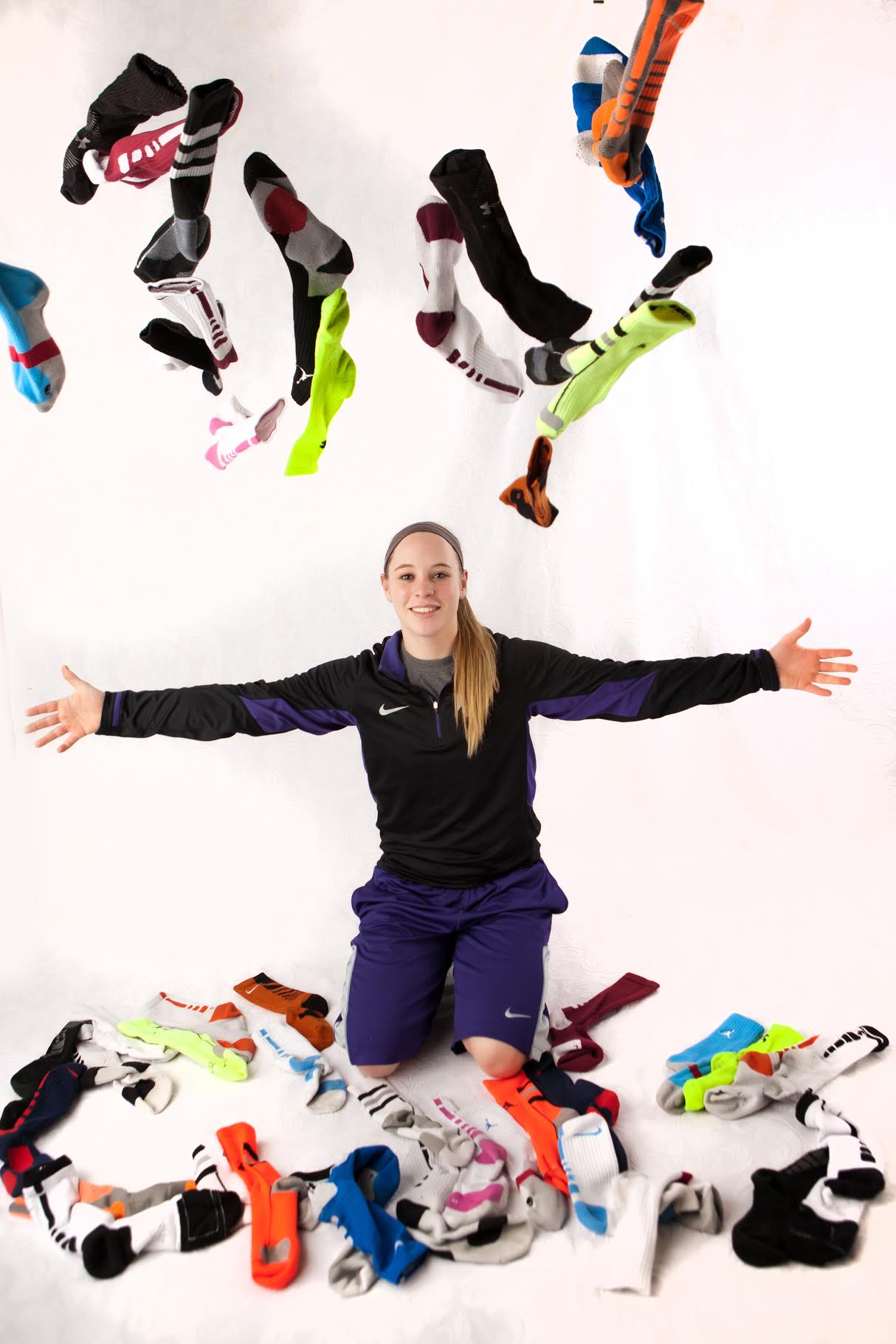 Those basketball summers eventually gave way to the life of a student athlete. Today Alyx balances basketball with books and competition with cramming. Three hour practices along with morning study sessions are the regular routine for her, along with the requisite strong pot of morning coffee! Life beyond the swish of the net is what Alyx knows she needs to focus on just as much as her game.

“Playing ball has opened up so many opportunities for me including a free education. I hope to finish my degree and apply to medical school. With a degree in Medicine, I see myself specializing in Sports Medicine. I just can’t stay away from the game, and therefore I also see myself coaching someday,” she says. 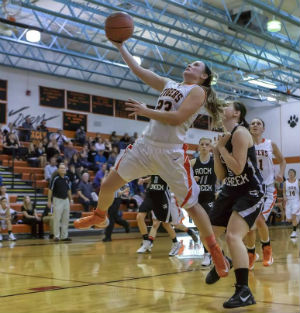 So what does future Coach Bloom have to say to young girls who are trying their hand at an athletic endeavor?

“I think too many young athletes are discouraged when they don’t succeed at first. My message to them is to never give up! Keep working hard and the game you love will soon love you back.”

Spoken like a true All-Star! For hitting the books with as much aplomb as she hits the boards, we think Alyx Bloom is one Cool Girl!