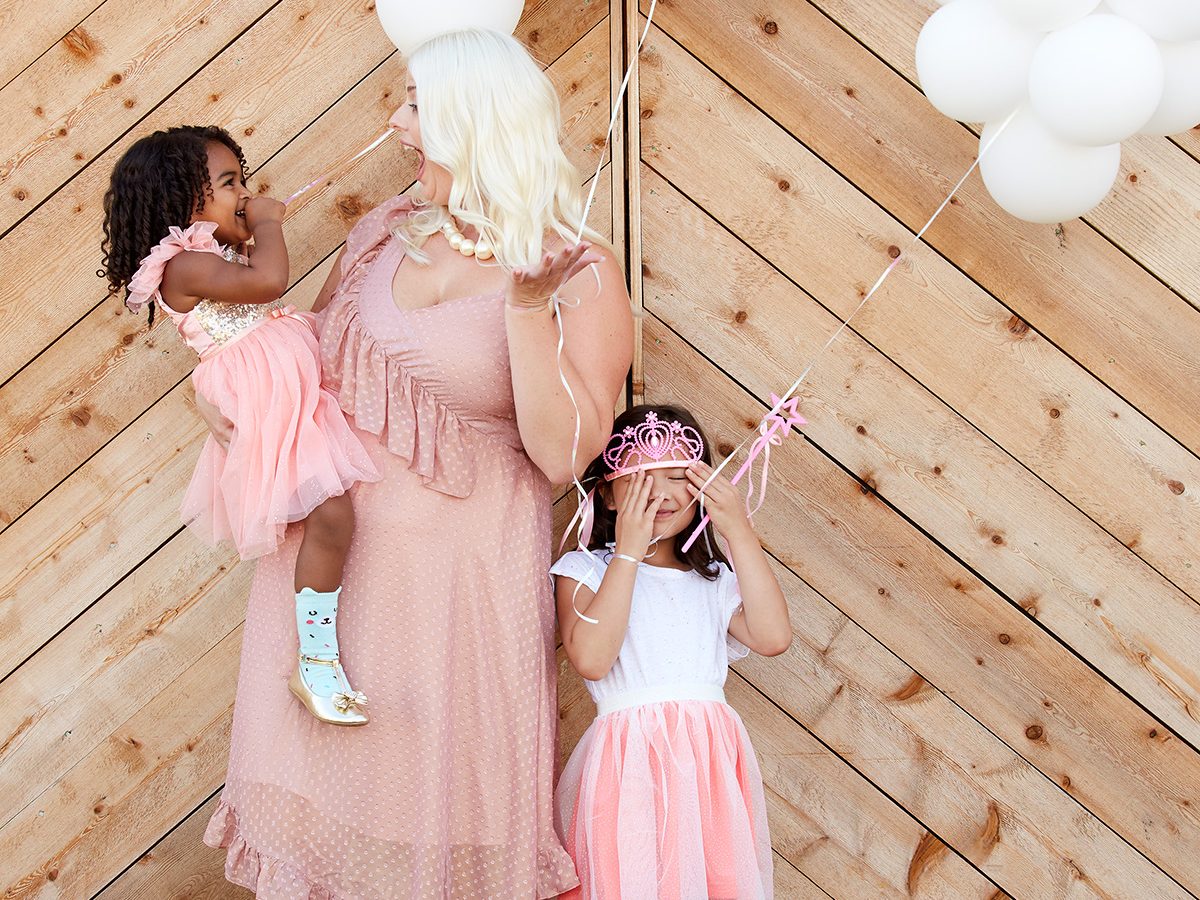 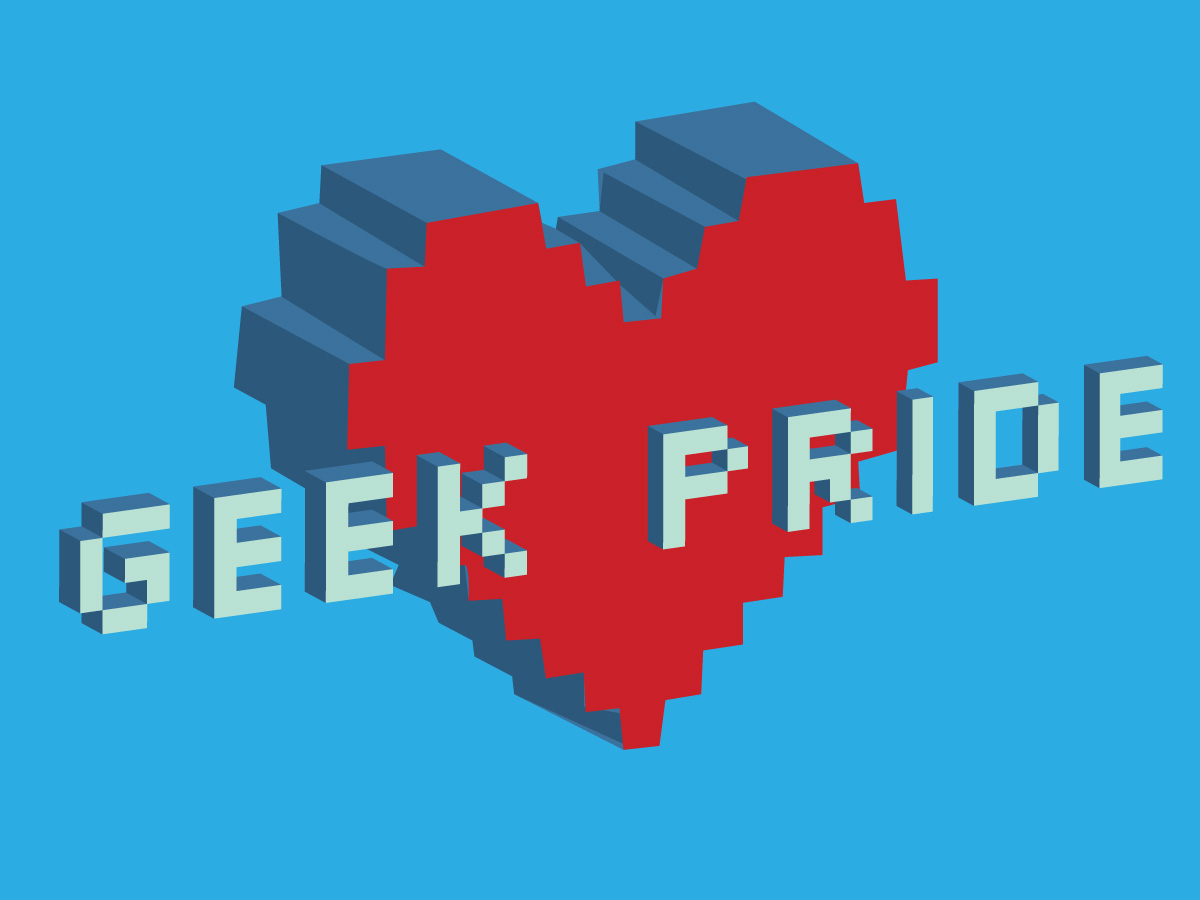 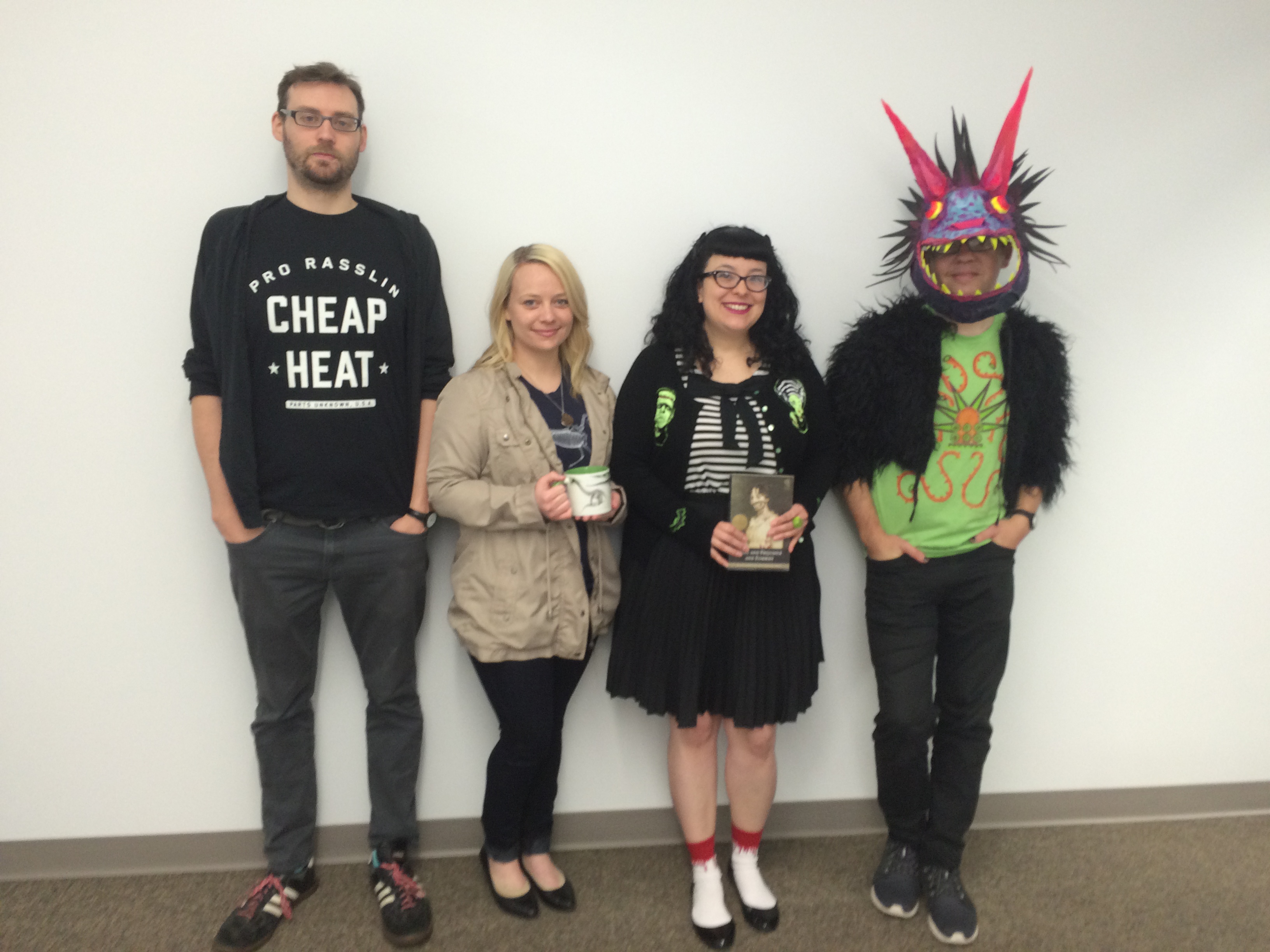 Calling all geeks! The time has come yet again to celebrate our geekiness! While we do this every day, we like to call special attention to it on May 25th, Geek Pride Day. We think of geekdom as just being REALLY into something, no matter what that thing is. So, how are you a geek? Here’s how we are: 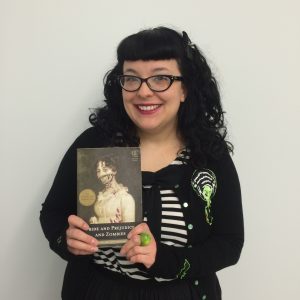 I am a horror geek in general but a horror movie geek in particular. My personal movie collection is categorized by horror and everything else (you might be surprised at which collection is bigger). I can rattle off the differences between the 1978 and 2004 versions of Dawn Of The Dead. I still think Brian DiPalma’s split screen usage to depict two different things happening at the same time in 1976’s Carrie was brilliant.  I get excited when a classic piece of literature gets horror infused for a new generation like Pride, Prejudice and Zombies. I also totally geeked out when I met Oliver Robins, the actor who played Robbie in 1982’s Poltergeist and my friend scored his signed script from the movie.  A weekend spent at a horror convention or watching the latest horror movie always sounds like a good time to me! 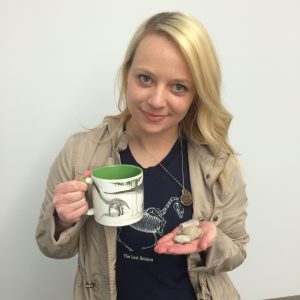 I have loved fossils ever since I first watched Jurassic Park as a kid, however it wasn’t until last summer during a road trip in Arizona that I discovered amateur paleontology as a hobby. There is a sense of adventure and excitement in discovering remnants of past life that existed millions of years ago. I mostly dig for and collect marine invertebrate fossils such as brachiopods, gastropods, and crinoids. The oldest fossils in my collection are 300 million years old! It’s amazing that we have access to them to continue learning how life on our planet evolved and what life used to be like! 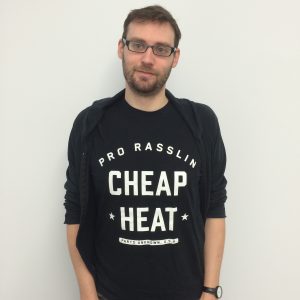 I grew up watching wrestling, I think my dad may have shown it to me first, but I quickly got more into it than he was.  We didn’t have cable, so aside from whatever I could rent from the video store, I got most of my wrestling from the WWF magazines I could rent from the library.  Once we got cable, my dad and I would watch every Monday switching between WWE and WCW.  When in college I bonded with some of my best friends over wrestling, and we would watch it every Monday too and occasionally go into together on PPV’s.  Nowadays I don’t watch weekly, but I occasionally teach “Wrestling 101” to friends who haven’t watched wrestling before, or haven’t in quite some time. As most wrestling fans do, I’ve quit watching occasionally, but the thing I’ve noticed is that every time you come back to wrestling, you love it a little more. 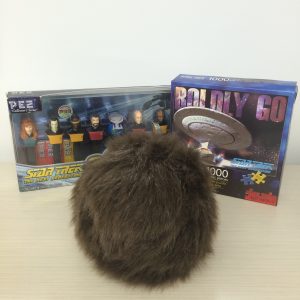 I am a Star Trek Geek because I am a hopeful person. Space travel and phaser fights are cool, but the really cool thing about Star Trek is how it frames modern social issues in a digestible way, by using “aliens” to represent different points of views and problems. I also like the replicators and the idea of a post-scarcity economy, where we work at jobs that contribute in some way to society and the universe, and not just to make money to pay bills. My favorite captain is Janeway, but the best captain is Sisko. Picard and Kirk are cool, but Janeway is addicted to coffee like me and a bad-ass lady who is probably the most relatable and human of the captains. Archer is the worst captain. My favorite alien race is the Andorian race (I was an Andorian in our company halloween contest last year). I like them because they are aggressive like the Klingons, but not stupidly and absurdly aggressive and obsessed with honor. They’re also fiercely loyal, strategic, and they have blue skin and white hair, which just looks really cool. I can talk about Star Trek all day, but I should probably stop. 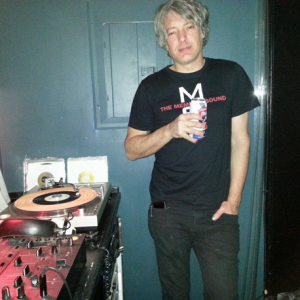 All shapes and sizes, any color, tens of thousands line the walls and are stacked on the floor at home. They are starting to pile up in my office at work, 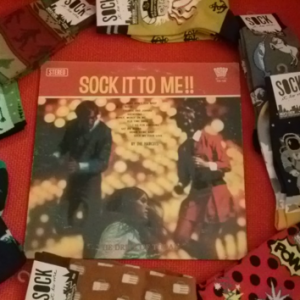 Right now I’m geeking out on collecting anything with the title SOCK IT TO ME in it – so that next time we have an event here at the office, I can DJ all of those and have a crazy dance party. The genre doesn’t even matter – and that’s the fun of it! Soul, Rock, Jazz, Polka, Go-Go, Punk…..”C’mon Baby, Sock It To Me!” 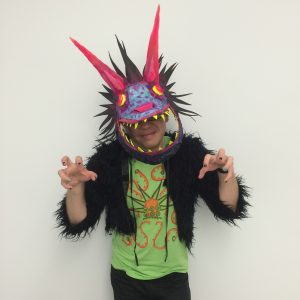