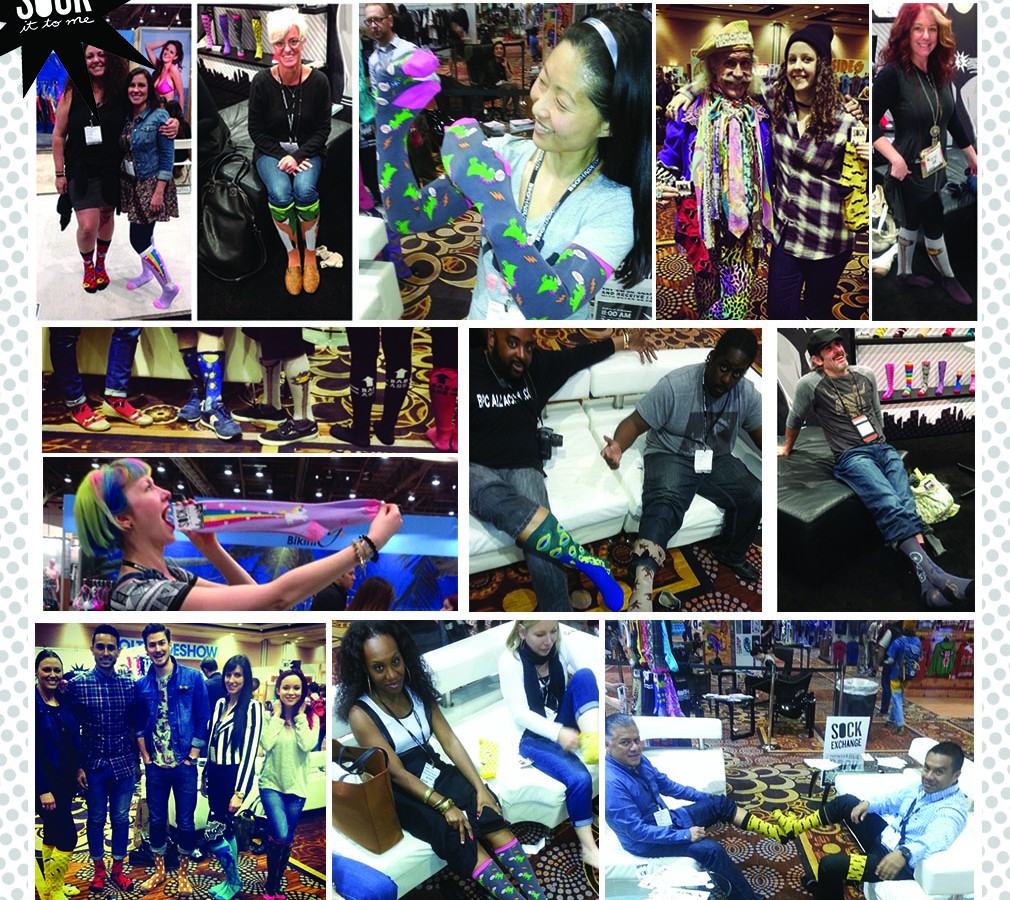 We just finished with our second annual Tradeshow Sock Lounge in Las Vegas & we had a FANTASTIC time! We’re super pumped to be a part of the awesome Pool Tradeshow again this year and even expanded into the Magic Tradeshow, too!!

MAGIC MARKET WEEK is the “largest global market week for contemporary men’s and women’s apparel, footwear and sourcing and the most comprehensive destination for fashion buyers and brands in the world” – AKA: perfect for us! There were a TON of awesome art and design driven brands we loved meeting – but we were mostly busy telling everyone about Sock It To Me and all of new designs & styles!

We set up our AWESOME Sock Exchange Lounge during both the tradeshows – one in each Magic and Pool! Our lounge was a hit! People could sit down & relax, enjoy our displays and trade their boring, stinky socks in for a fresh pair of our funky ones!

Each person who was a part of our sock swap took a picture modeling their new pair and we put it up on our Instagram account. We made collage from a handful of some happy new feet – enjoy! 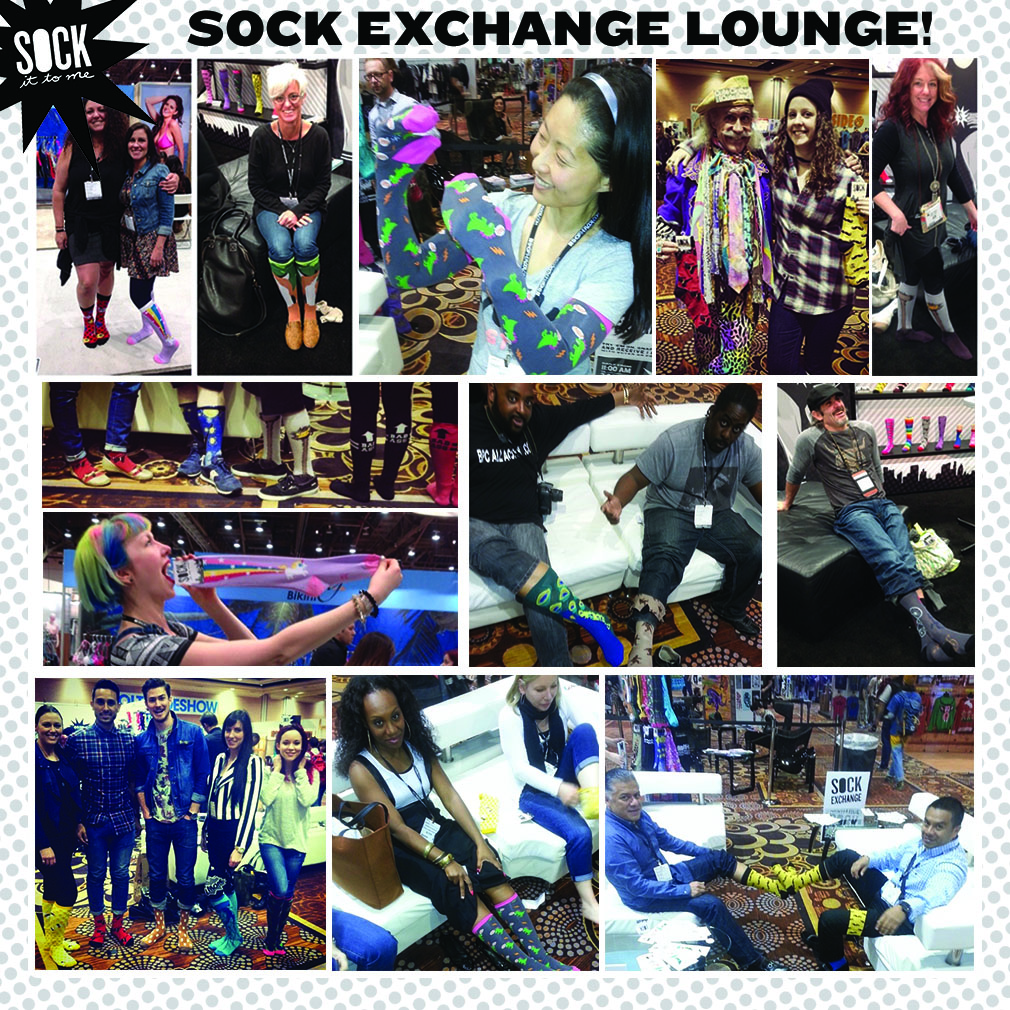 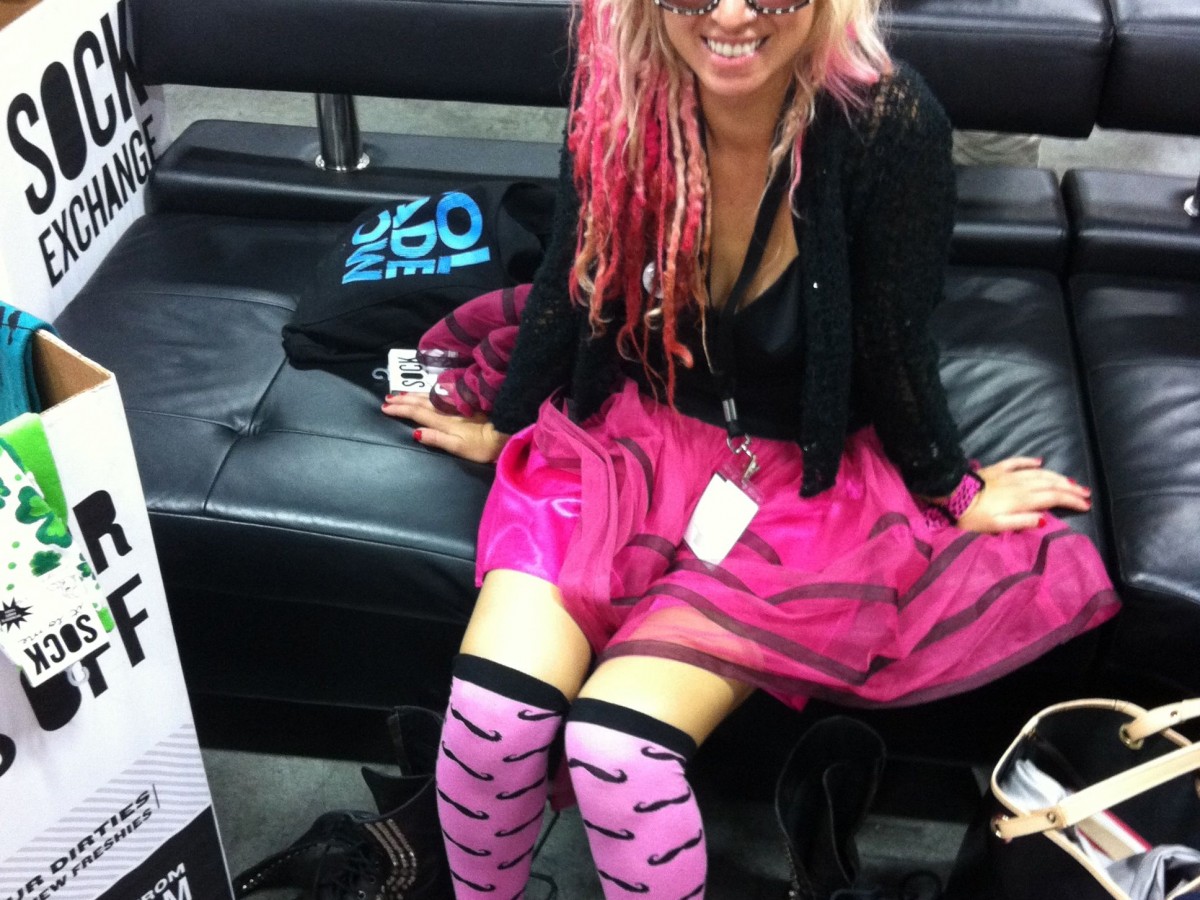 Last month, we showcased at POOL (probably our favorite trade show of the year!), and we had a special little treat for all of the attendees – Sock It to Me’s SUPER Sock Exchange!  We invited all of the press and buyers to join us in the Sock It to Me lounge to exchange their current socks for a funky, NEW pair of Sock It to Me’s!  And, man, did we have an amazing turnout!!!

Remember your first pair of Sock It to Me’s?!  Since we work in a warehouse packed to the brim with socks, we sometimes forget the excitement of getting your first pair!  At the Sock Exchange, it was SO much fun getting to share in the magic of the first time again, and we just had to share with you a few fun pictures of our new-found Sock It to Me fans and their HUGE smiles as they try on their first pair of our crazy socks! 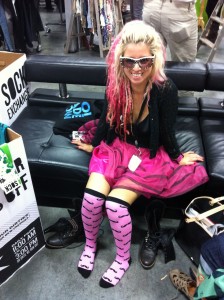 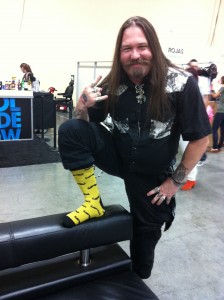 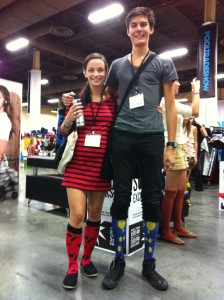 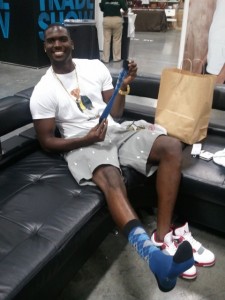 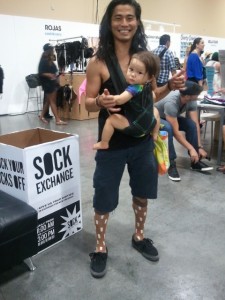 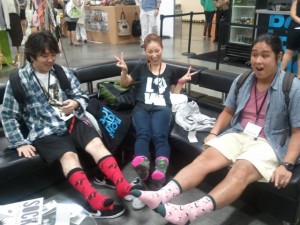 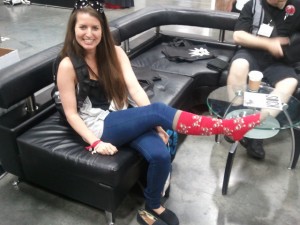 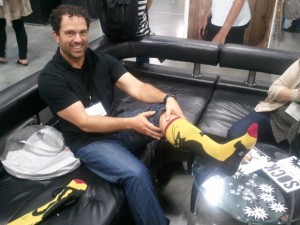 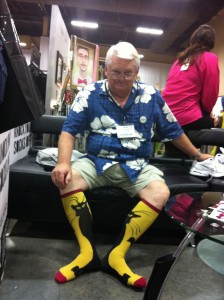 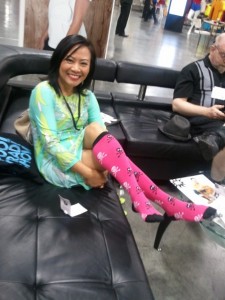 Probably the best part of our jobs is YOU – our crazy, eclectic group of fans!  We’ve always believed that Sock It to Me had a style for everyone, and looking through all of these pictures from POOL really proved it! 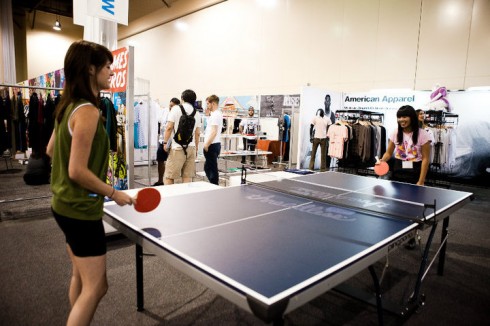 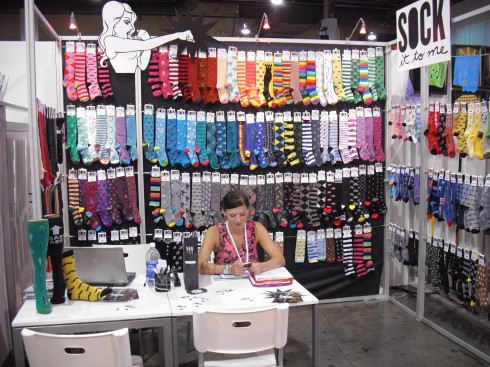